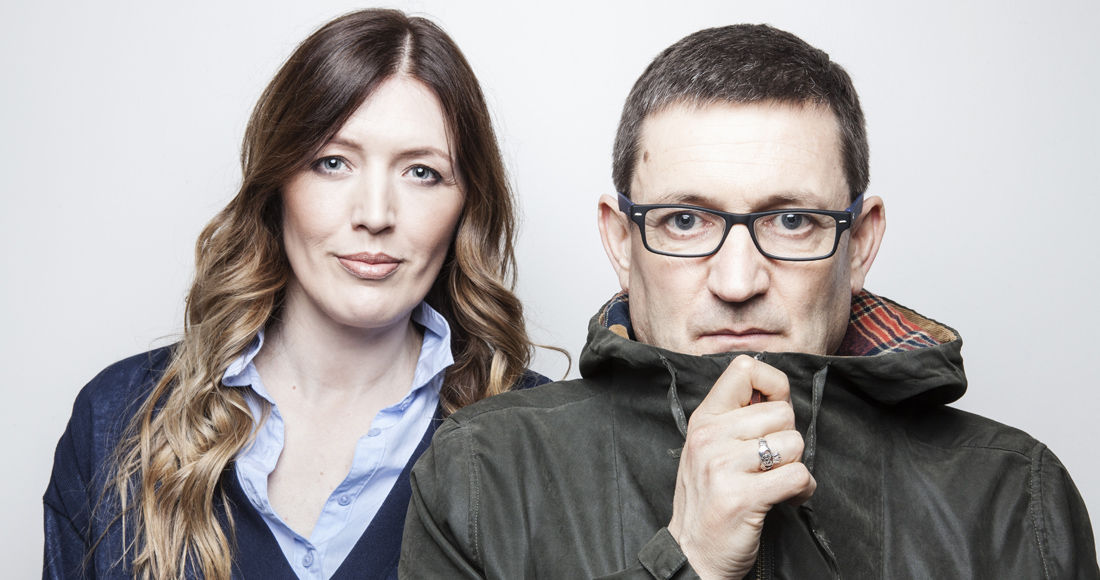 Paul Heaton & Jacqui Abbott are on course to bag this week’s Number 1 on the Official Albums Chart.

The pair, previously members of pop-rock band The Beautiful South, lead the way with their third album, called Crooked Calypso.

Crooked Calypso is Heaton & Abbott's third album in four years; 2014's What Have We Become landed at Number 3 on the Official Chart, while 2014's Wisdom Laughter and Lines reached Number 4.

Meanwhile, Lana Del Rey is on course to claim her fourth Top 5 album with Lust For Life, new at 2. The collection follows 2015's Honeymoon, which peaked at 2, while her 2012 debut Born To Die and 2014 follow-up Ultraviolence both reached Number 1.

Three more albums are on track to land inside this week’s Top 10: the debut album from British singer-songwriter Declan McKenna, What Do You Think About The Car?, starts at Number 7, Dizzee Rascal’s sixth record Raskit is at 8, and US rapper Tyler, The Creator is at 10 with Flower Boy.

Further down, British rockers Marillion open at Number 20 with Misplaced Childhood, rapper Meek Mill is at 23 with his third album Wins & Losses, The Dunkirk movie soundtrack by Hans Zimmer is new at 36, and Ritual by heavy metal band In This Moment is currently at 39.

Finally, seven Linkin Park albums are on course to finish inside this week's Official Albums Chart Top 40 in the wake of the death of the band's frontman Chester Bennington. Full story here.