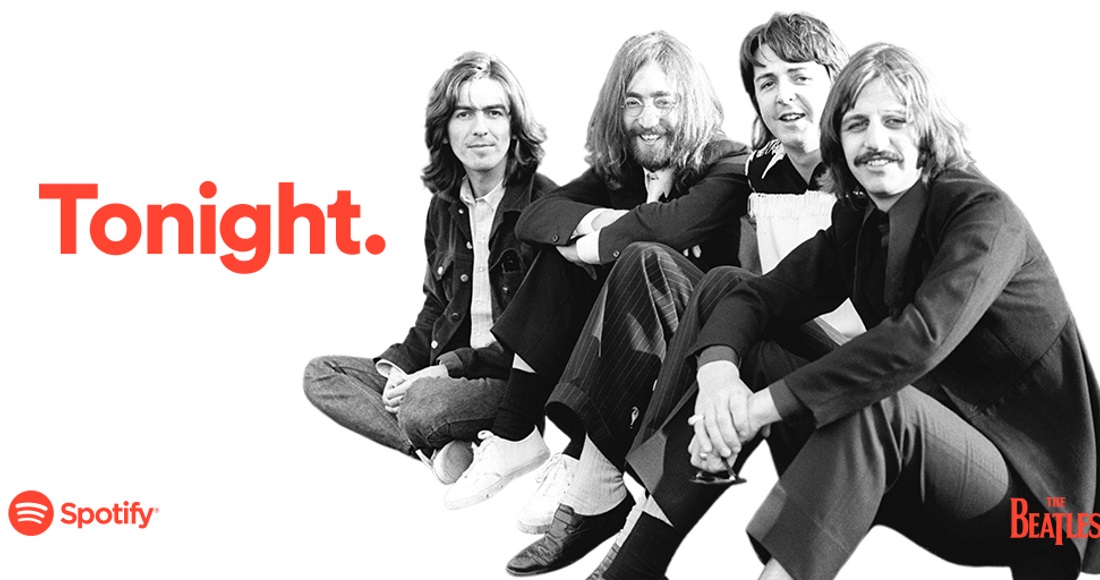 Christmas has come early for fans of The Beatles; from 12.01am December 24, fans of the Fab Four will be able to enjoy the band’s prolific back catalogue on major music streaming services, including Spotify, Apple Music, Google Play and Amazon Prime Music.

Spotify have this morning confirmed that 13 of The Beatles' much-loved albums will be available to stream by both free and Premium users of the digital music platform. The list is as follows;

The Beatles - who split up in 1970 - first made their discography digitally downloadable on Apple Music back in 2010 and sold two million songs during the first week.

The Beatles are one of the world's biggest-selling bands ever, with 17 Number 1 singles to their name, including 1963's She Loves You. They also have 28 UK Top Tens and 16 Number 1 albums under their belt, including A Hard Day's Night which held the top spot for 21 weeks in 1964. Check out their full UK chart history here.