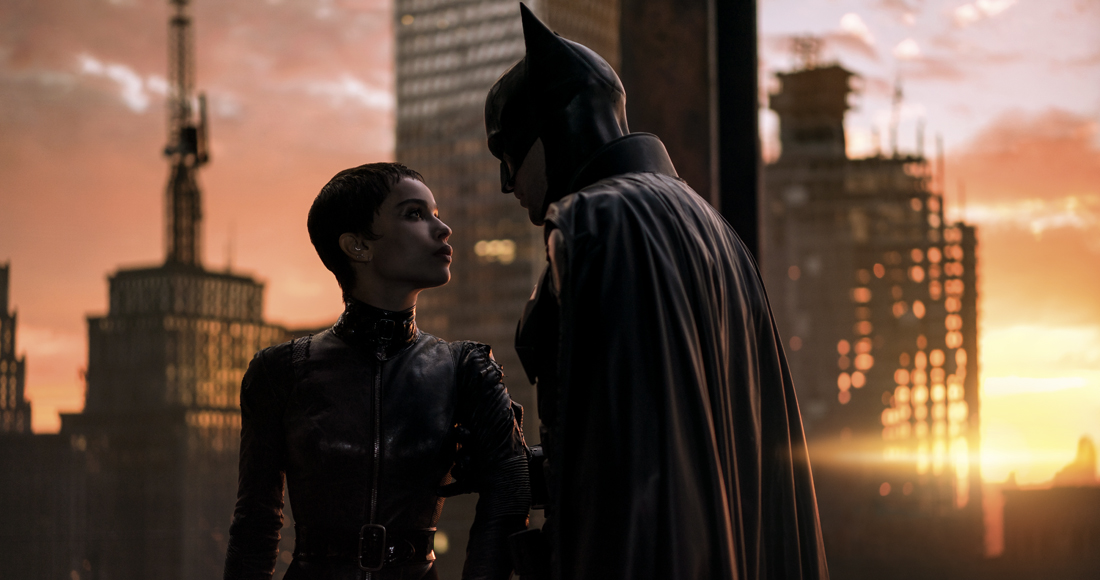 The Batman makes its debut at Number 1 on the UK’s Official Film Chart.

Starring Robert Pattinson as the eponymous superhero alongside Zoe Kravitz as Selina Kyle/Catwoman, the gritty take on DC’s caped crusader fights off last week’s record-breaking Number 1, earning its place based on digital downloads only.

This means that Top Gun, despite a similarly strong performance across both disc and digital this week, is pushed down to Number 2 following the release of the highly-anticipated sequel Top Gun: Maverick in cinemas.

Meanwhile, Sing 2 holds at 3, while Tom Holland’s action-adventure Uncharted falls to Number 4, closely followed by another one of Holland’s chart-topping films, Spider-Man: No Way Home at 5.

Disney’s Encanto climbs three to 6, The Matrix Resurrections finishes at 7, and Dune lands at Number 8. Jackass Forever rebounds back into the Top 10, rising six places to Number 9.