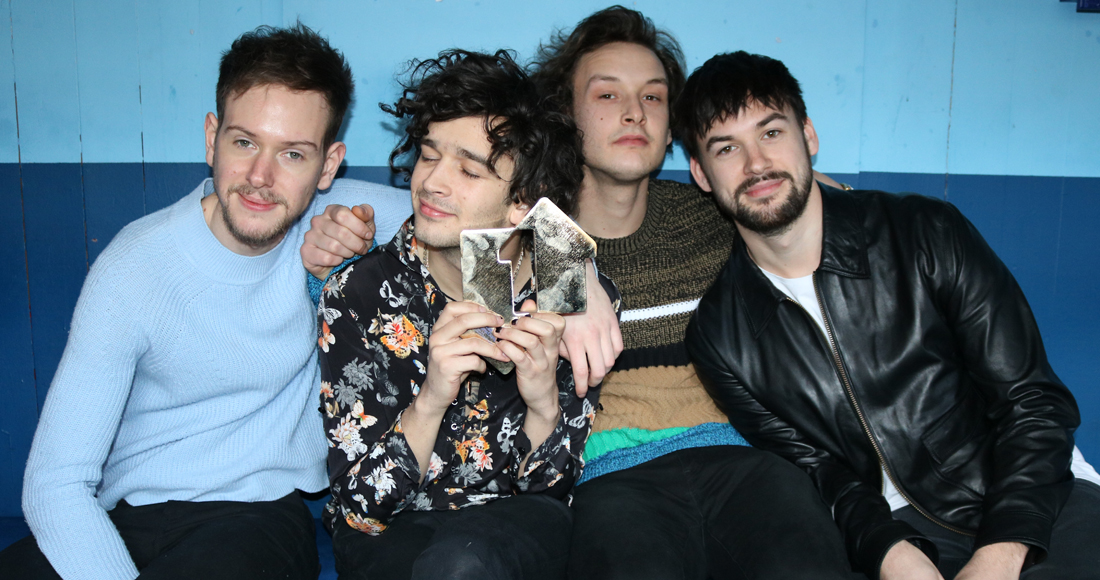 The 1975 have gone straight in at Number 1 on the Official Albums Chart, fending off Adele, who enjoys strong post BRIT Awards sales.

The Manchester band's second album I Like It When You Sleep, for You Are So Beautiful Yet So Unaware of It scored combined chart sales of 58,000, some 6,500 ahead of Adele's 25.

Speaking to OfficialCharts.com, the band told us: "Thank you so much to everyone involved, we’re very very humbled by it. We’re finding it a bit surreal and weird, we didn’t expect it to go to Number 1, we’re up against people like Adele, so we’re really really proud. And you get a trophy now, so we feel like we’ve actually won something too!”

Watch The 1975 celebrate their Number 1 with Official Charts below:

I Like It When You Sleep... is The 1975's second consecutive Number 1, following the release of their self-titled debut back in 2013.

Looking to the rest of the Top 5, Justin Bieber's Purpose rises one place to 3, as David Bowie's hits retrospective Best of Bowie drops two slots to Number 4. Coldplay's A Head Full of Dreams holds firm at 5.

In addition to The 1975, there are eight new entries on the chart. Britain's Got Talent finalists Richard & Adam score their third Top 10 album; Believe – Songs of Inspiration lands at 9.

Macklemore & Ryan Lewis achieve a new Official Albums Chart best at 16 with This Unruly Mess I've Made. Their debut album The Heist peaked at 19 back in 2014. At 21, there's another new entry for thrash metal group Anthrax, with For All Kings.

The nation is still enjoying reflecting on David Bowie's career, with reissues of his work climbing the chart. Hunky Dory has climbed 11 places to 26 and The Rise and Fall of Ziggy Stardust has risen 12 places to 29. A new entry from Steve Mason (Meet The Humans) is sandwiched in between at 28.

Magnum's Sacred Blood Divine Lies and Raleigh Ritchie's You're A Man Now, Boy are new entries at 31 and 32 respectively, whilst Bonnie Raitt's Dig In Deep and Hills End by DMA's debut at 35 and 36.

And The 1975 find themselves bookending the Top 40 – with their second album at the top, their self-titled debut climbs back up to land at Number 40 today.