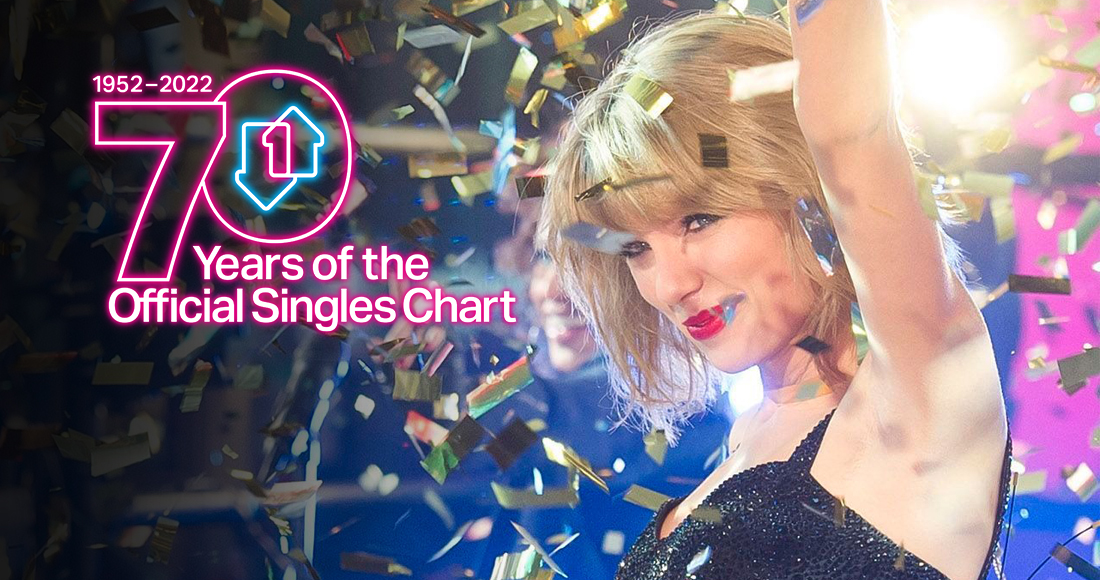 Taylor Swift's Shake It Off has become the latest song to pass the one million sales mark in the UK, making it a very rare new member of the Official Charts' most exclusive club.

According to Official Charts Company data, Shake It Off has now pushed past 1 million pure sales, meaning we can welcome Tay into the Million-Sellers Club.

Shake It Off is the 179th song in UK chart history to achieve this feat - and it may well be one of the last, given the dominance of streaming has increasingly put to bed the act of physically purchasing singles.

This also means we have the first pure million seller on the Official Charts in two years - the last act to achieve this milestone was The Goo Goo Dolls with their iconic rock ballad, Iris, in 2020.

The importance of this feat, and the change Shake It Off signified in its creator's career, cannot be overlooked either.

The first official 'pop' single from Taylor, Shake It Off was the lead track from her blockbuster 1989 album, which saw her blossom from a country-pop wunderkind into a fully-blown pop superstar, a supernova of ambition and talent that finally met the perfect collaborators in the song's co-writers and producers, Max Martin and Shellback (who have worked with everyone from The Weeknd and Britney Spears to Ariana Grande and Adele).

Shake It Off peaked at Number 2 on the Official Singles Chart (being kept off the top spot by Megahn Trainor's All About That Bass - 2014, what a time!), and was the first of six singles from its parent album to make the UK Top 40.

Together, Taylor and her two Swedish pop wizards would go on to re-define the modern pop sound with a series of 1989 singles; from the icy, self-referential Blank Space, the Lana Del Rey-esque swoons of Wildest Dreams and the French-disco of the glorious Style.

Today, of course, Taylor's star has not dimmed, but arguably brightened. With her tenth and latest album Midnights achieving the relatively rare Official Chart Double and Anti-Hero recently becoming Taylor's longest-running Number 1 in the UK, it's proof now more than ever that Taylor can straddle both sides of the pop machine. In both streaming dominance and becoming one of the last bastions of the traditional, physical single.

NOW take a look at every Taylor Swift album and single artwork: