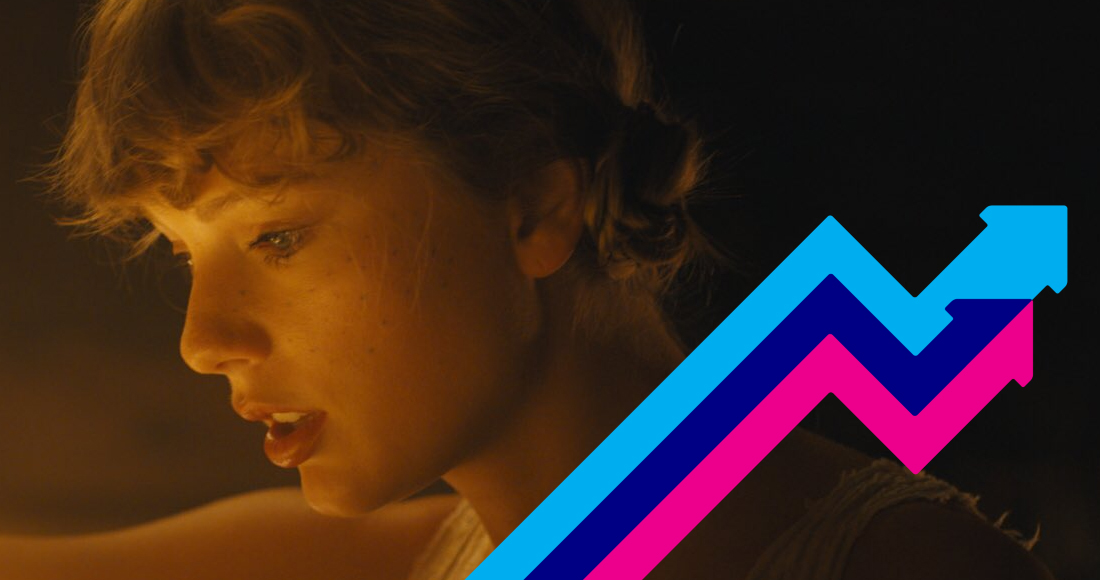 Taylor Swift takes the Number 1 spot on this week’s Official Trending Chart with Cardigan, following the surprise release of her eighth album Folklore.

Cardigan is the lead single from the album, released on Thursday night alongside a music video just hours after the album’s announcement - and just a few short hours before the album's release. The collection is to become Taylor's fifth Number 1 on the Official Albums Chart this week.

Taylor's second entry on the Trending Chart is Exile featuring Bon Iver, also on course for a Top 10 entry at Number 7 midweek. If it stays on track the song will be Bon Iver's highest ever charting song; 2009's Blood Bank peaked at Number 37.

Bon Iver - real name Justin Vernon - has enjoyed a little more success over on the Official Albums Chart, including two Top 5 albums with Bon Iver (2011) and 22 A Million (2016).

Nathan Dawe goes straight in at Number 2 on this week’s Trending Chart with Lighter ft. KSI, as it heads for a Top 5 debut on the Official Singles Chart. If it keeps on this trajectory it'll be KSI's highest charting song and Nathan Dawe's first Top 10.

Little Mix are also looking at a bright first week with Holiday, making big waves in the UK and set to land at Number 12 on Friday, potentially becoming the band's 23rd Top 20 hit.

Hallucinate by Dua Lipa is up 17 places midweek and lands just ahead of Kylie Minogue’s brand new single Say Something, the first taste of her upcoming album Disco.

Other new entries include the first two tracks from J Cole’s upcoming album Lewis Street: Lion King On Ice and The Climb Back; and Jason Derulo enters with Take You Dancing – the singer’s follow-up to his Number 1 smash hit with Jawsh 685, Savage Love.