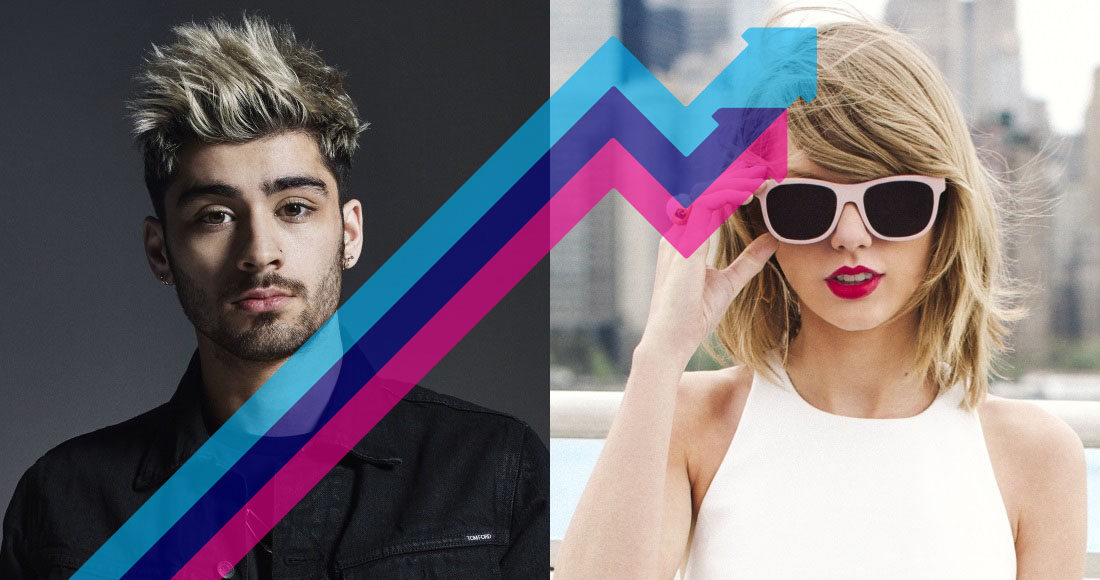 The track, which was released last Friday (December 9), is expected to make a big debut over on this week's Official Singles Chart; currently inside the Top 10 in the latest sales flash.

I Don't Wanna Live Forever will feature on the upcoming Fifty Shades Darker film and soundtrack, which will hit cinemas in February 2017 - just in time for Valentines Day like its predecessor Fifty Shades Of Grey.

Louis Tomlinson also makes a big entry on this week's trending Top 20 with his new single Just Hold On. Featuring and co-produced by Steve Aoki, the track is heading for this week's Top 20 on the Official Singles Chart following its unveiling on The X Factor live final, which Louis dedicated to his late mother Johannah Deakin.

Little Mix also lands on this week's Official Trending Chart with their new single Touch, currently up 31 places from last week after their performance during The X Factor final.