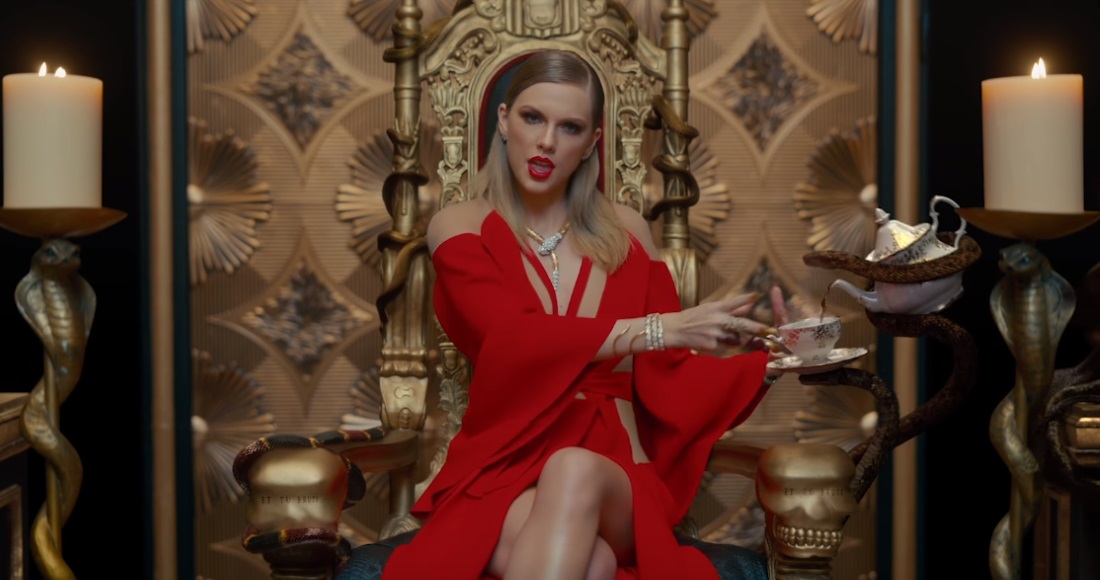 Taylor Swift has been in the music business for over a decade, but a UK Number 1 single has evaded her… until this week that is.

The US megastar returned last week with her new single Look What You Made Me Do, which is set to charge straight to the top spot on this Friday’s Official Singles Chart. Taylor has previously peaked at Number 2 three times with the songs Love Story, I Knew You Were Trouble and Shake It Off.

As of today’s Chart Update, the lead single from the singer’s upcoming sixth album reputation has been downloaded some 20,000 times and has notched up a cool 2.4 million streams.

After two weeks at the helm, Dua Lipa’s New Rules slips to Number 2 today, ahead of P!nk’s What About Us at Number 3, which has gained one place since last week’s chart.

James Hype and Kelli Leigh’s More Than Friends is on the climb again this week, up three places to Number 7 at today’s midweek mark, while there could also be a new peak on the horizon for The Script’s Rain, a three-place riser to Number 16.

Finally, Mick Konstantin’s There’s Only One Conor McGregor could earn a Top 40 slot this week following the Irish fighter’s loss to Floyd Mayweather in Las Vegas last week. The song sits at 39 today, up from last week’s Number 74.

Look back at each and every Taylor Swift single and album artwork in our gallery below: