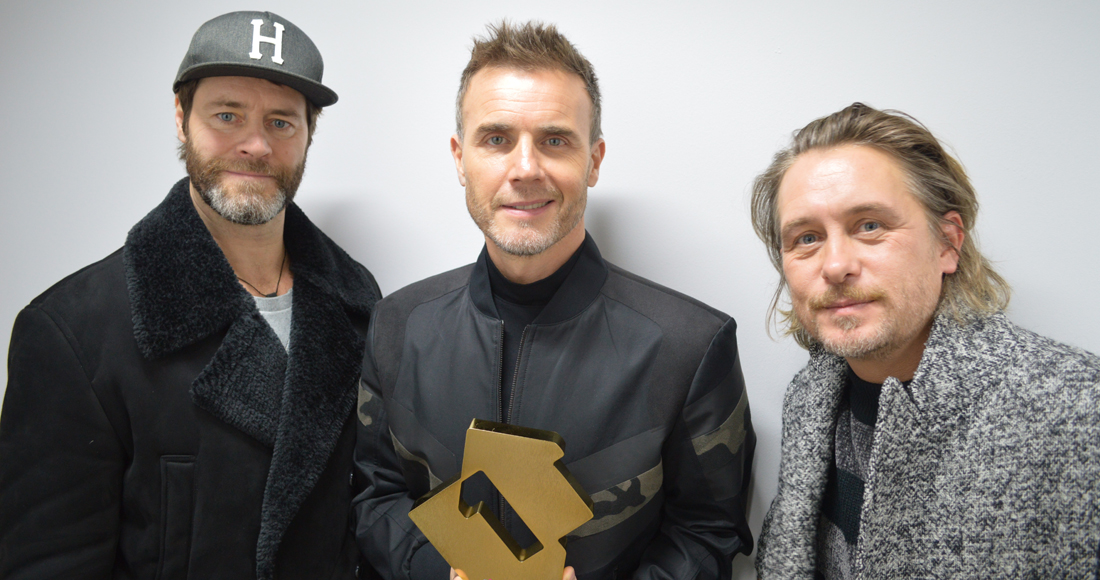 Take That may be celebrating their 30th anniversary but they show no signs of slowing down - their new album Odyssey lands straight in at Number 1 on the UK’s Official Albums Chart with massive opening week numbers.

The trio's reimagined greatest hits charges in at the top spot with 106,000 combined sales - the highest opening week figure for an artist album this year (the fastest-selling album overall in 2018 is NOW 100, which shifted 176,600 units in its first week).

Take That told OfficialCharts.com: "We’re so grateful to all our fans who have been out and bought the album.  What a way to celebrate our 30th anniversary!  It really is incredible and it means so much to us.  We’re looking forward to seeing everyone on the tour next year!" 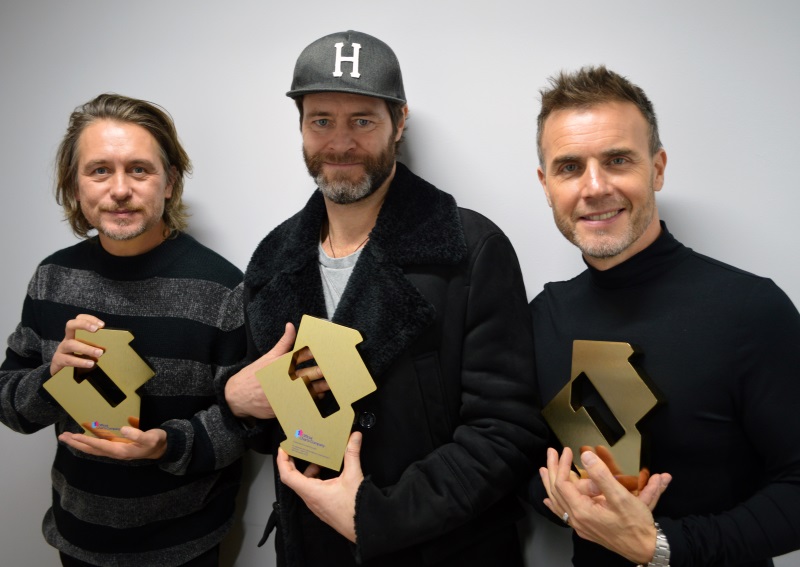 Take That with their Official Number 1 Album Awards for Odyssey

94% of Take That's sales this week were physical, including 891 copies on cassette.

Meanwhile, Cliff Richard notches up his 45th Top 10 album with Rise Up, new at 4, and Little Mix's LM5 completes the Top 5.

Roy Orbison’s second posthumous album with the Royal Philharmonic Orchestra Unchained Melodies enters at Number 8, Alfie Boe collects his fifth Top 10 album as a soloist with As Time Goes By at 10, and Rita Ora's second album Phoenix lands just outside the top tier at Number 11.

Elsewhere, Queen have three entries in this week's Top 40: Bohemian Rhapsody soundtrack at 5, The Platinum Collection at 19 and their 1981 Greatest Hits album at 40.