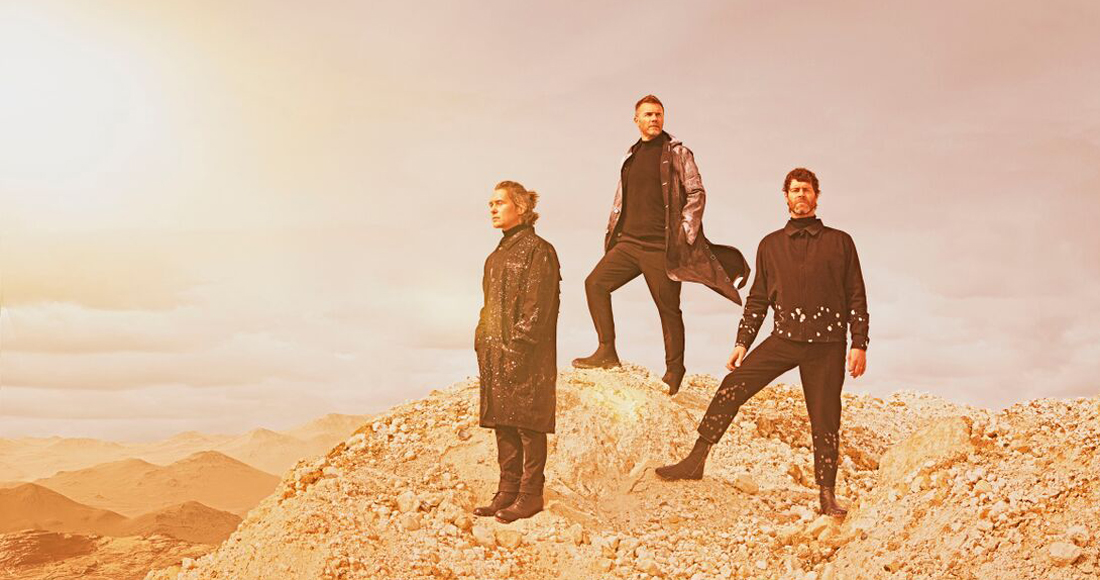 Take That have announced details of their 30th anniversary celebrations with news of a greatest hits album and UK tour.

2019 marks 30 years since Take That were formed (although they didn't land their first Top 40 hit until three years later 1991), and to celebrate, they're releasing Odyssey, an album of their greatest hits, some of which have been re-imagined with new arrangements and production courtesy of producer Stuart Price. The collection is out on November 23.

Ahead of the album's release, the trio have released a re-worked version of their 1993 hit Pray - their first Number 1 on the Official Singles Chart. Look back over Take That's full Official Chart history, including 12 chart-topping singles.

Gary, Mark and Howard will also head out on a massive 28-date UK arena tour, kicking off in April 2019 and supported by Rick Astley.

Discussing the band's journey, which saw them split for nine years before making a sensational return 2007, Howard said: "The story is, if you think about it, quite mad."

"We wanted to tell the tale of the band," Mark added, "the history of what happened to us. If you only ever own one of them, this should be the definitive Take That record."

The 2 CD, 27-track album is a mix of their best known songs as well as reworkings, peppered with soundbites from their history. "Some have been reworked, but without spoiling what people loved about them in the first place," Gary explains. "You’ve got to be respectful, but at the same time, you’ve got to let the ambition of doing something new and refreshed come through as well."

Tickets for the tour go on sale on Friday, September 28 at 9.30am. See the full list of dates and ticket prices below:

Which is your favourite Take That album? Have your say in our poll, which already has over 2,000 votes, below: