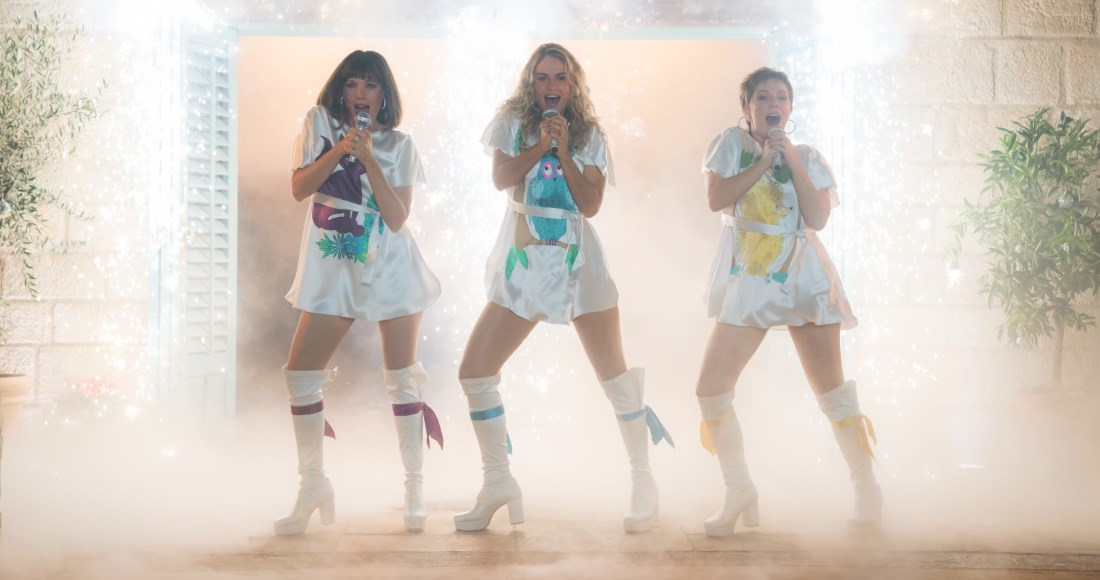 Can you hear the celebrations, Fernando? The Motion Picture Cast Recording to Mamma Mia! Here We Go Again is Number 1 on the Official Albums Chart for a fourth week.

Four weeks ties Here We Go Again with Les Miserables as the second longest-reigning spell at Number 1 for a Motion Picture Cast Recording in recent times, behind The Greatest Showman's staggering 21 weeks. The latter holds firm at Number 2 on today's chart.

Drake's Scorpion (3) and George Ezra's Staying at Tamara's (4) both climb one place, ahead of Nicki Minaj's Queen, this week's highest new entry at Number 5.

Miles Kane matches his personal best on the Official Chart with his third album Coup de Grace, new at 8, plus Elvis Presley claims his 53rd UK Top 10 album with Where No One Stands Alone at Number 9.

Il Divo's anniversary album Timeless scores them a 10th UK Top 20 album at 13, The Coral are just behind at 14 and claim their ninth Top 20 record with Move Through The Dawn. There's also great news for Lancaster band Massive Wagons who collect their first Top 40 entry with Full Nelson at 16.

Three more albums also debut in this week's Top 40. Trippie Redd's Life's A Trip lands at 18, Scissor Sisters star Jake Shears impacts at 20 with his self-titled solo debut, and Brighton rockers As It Is earn their first Top 40 with The Great Depression at 29.

Finally, just three weeks after its release, the landmark 100th edition of NOW That’s What I Call Music! notches up at third week at Number 1 on the Official Compilations Chart.

NOW 100 has sold 324,000 copies in total, making it BRIT-certified Platinum by the British Phonographic Industry (BPI). It’s the first album this year to achieve Platinum status (over 300,000 sales) in under a month.

The last album to reach the feat that quickly was NOW 98 last December, also in three weeks, while Ed Sheeran’s Divide was certified Platinum after its first week on sale in March 2017.