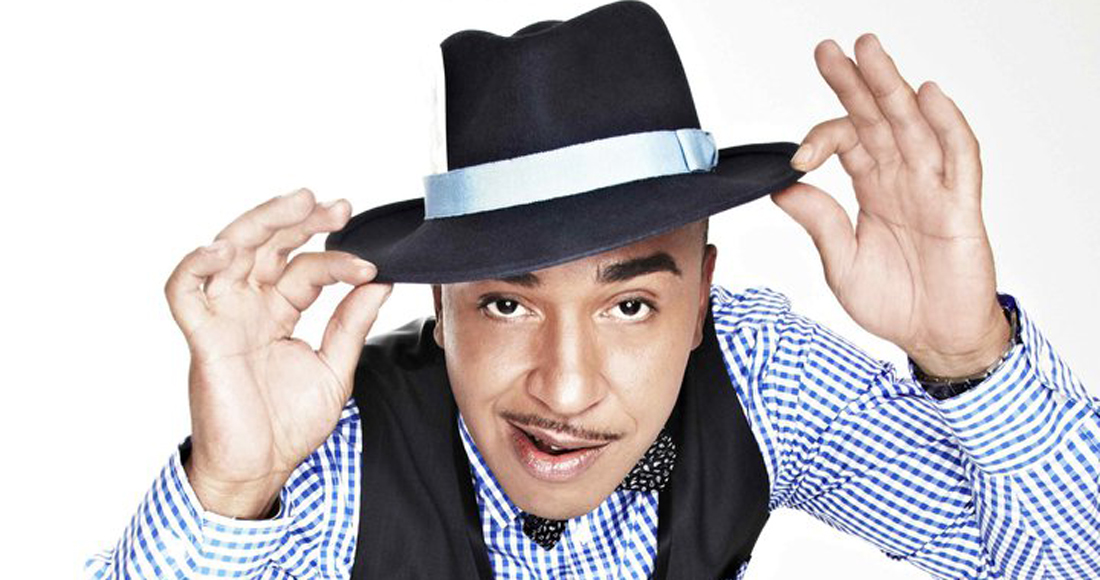 “1, 2, 3, 4, 5! Everybody in the car so come on let’s ride!” Rewind just over 15 years to summer 1999 and you would find the UK gripped by Latin fever and a European phenomenon that got everybody on their feet and dancing the old-fashioned way.

And as we prepare for the final of TV’s glitziest talent show Strictly Come Dancing, the Official Charts Company can now confirm that Lou Bega’s monster hit Mambo No. 5 has shimmied its way past the million sales mark.

Lou Bega now takes a seat in one of the most exclusive clubs in British music, as Mambo No. 5 joins only 154 other songs to pass a million sales since the Official Singles Chart began in 1952.

On learning of the news, Lou Bega told OfficialCharts.com:

"It feels great, I’m amazed, I’m really, really amazed. It must be a new generation that discovered it. A British friend told me it is very popular at weddings so maybe that’s why."

But way back in 1999, Lou wasn't even sure it would be a hit. "I remember when I started to write the song, and I finished it, you have a gut feeling you know, and I told myself: either it’s going in the dustbin of history or it will open doors for me – I really remember thinking that very vividly."

Lou Bega’s Mambo No. 5 charted in the last week of August 1999, and heavily sampled the original version of the track, by legendary Perez ‘Prez’ Prado, the “King of Mambo”. Although Perez didn’t have a hit with Mambo No. 5, he’s had three Top 40s of his own, including a Number 1 in 1955 and a return to the Top 10 in the mid Nineties with Guaglione, following its appearance in a Guinness advert.

1999 was the year of the Latin explosion, with Ricky Martin’s Livin’ La Vida Loca and Enrique Iglesias’ Bailamos leading a melodic invasion of swivel-hipped superstars. Bringing up the rear and representing the ladies was Hollywood star-turned-pop princess Jennifer Lopez.

German Lou Bega’s first taste of stardom was a good old traditional holiday hit. Mambo No. 5, which added cheeky lyrics and a roll call through a host of girls’ names, was popular on mainland Europe and, as these catchy tunes always do, soon found popularity with Brits living it up on their hols.

"It speaks lyrically to the inner core which is deep down in our soul,especially in the man in the male psyche," explains Lou. "We live a monogamous life, but somewhere deep down we love to… how can I explain it? We love to see what’s on the market, even if you’re settled down with one person. When we go dancing on the dancefloor it’s like a market – and you can sing it out loudly. It’s a very positive song."

And we have to ask… just who were all those ladies you named in the song?

"Well, I'd say 80% of the girls are real people that I encountered in my life, especially Sandra, Rita and Jessica," says Lou. "I think I just mentioned two names that I never went on dates with… Angela, I guess was not real."

Demand for the track from returning revellers was so high in the UK that Mambo No. 5 initially charted in the Top 40 on sales of import copies alone – peaking at Number 31. Upon full release, the track zoomed straight in at the top of the Official Singles Chart, deposing another Latin-inspired tune by newly solo Spice Girl Geri Halliwell.

And while it may not be selling as speedily or as vastly as it did in its first year of release, the track still has popular appeal, finally reaching a million copies! But could it be thanks to a primetime TV show?

BBC 1’s dance contest Strictly Come Dancing has helped a new generation discover ballroom dancing and music they might not normally hear on TV on a Saturday night.

It may be 15 years since he mamboed his way through dates with Monica, Erica, Rita, Tina, Sandra, Mary and Jessica, but Lou Bega is still recording and releasing music.

And Mambo No. 5 is a favourite that Lou still loves to perform.

"I end shows with it, and sometimes it’s hard to make people wait until the end of the show! Even if I have loads of Top 10s, Mambo No 5 will always be the one that once you’ve heard it in your life, you don’t forget it."

And thanks to you, Lou's got a great early Christmas present! "Thank you very much for making it a million-seller in the UK. When I started in the business, I never ever dreamed about the day of million record sales in the UK. It’s just amazing to me! Merry Christmas to you all."

What a top gent!

And the UK wasn’t quite done with Mambo No. 5 yet, either. Animated children’s TV hero Bob the Builder followed up his own million-selling Can We Fix It? with a cover of Mambo No. 5, taking it to Number 1 and selling over 380,000 copies!