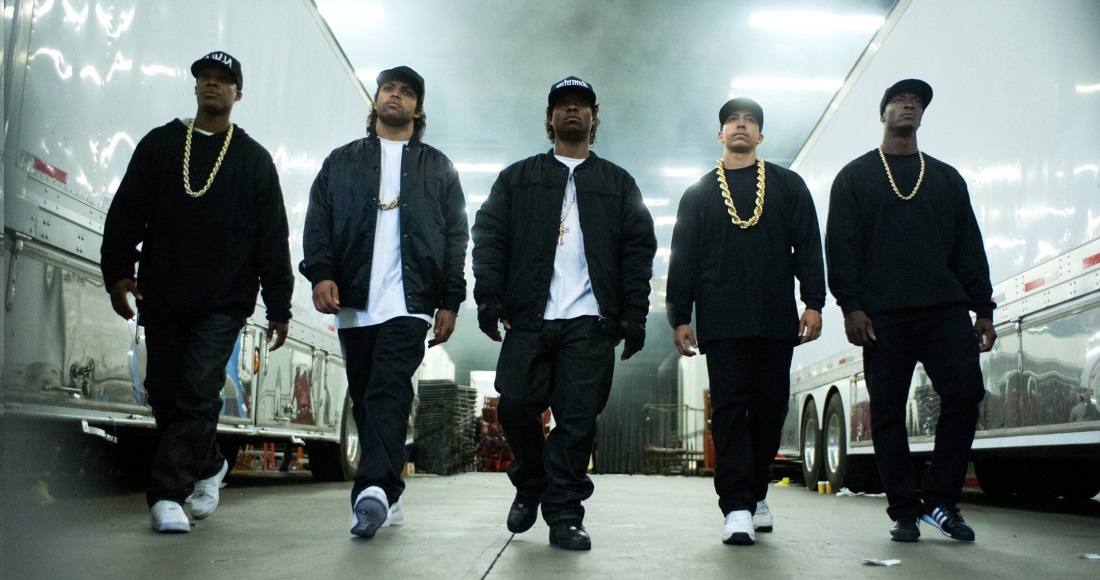 Straight Outta Compton could be heading straight for Number 1, according to this week's Official Video Chart Update.

Universal Pictures' biographical drama about the rise and fall of hip-hop group N.W.A is currently leading the way as this week's best selling DVD/Blu-ray, with sales of almost 33,000 at the mid-week stage.

Meanwhile, US action thriller No Escape, which stars Owen Wilson, LakeBell, and Pierce Brosnan, is new at Number 2 (13,000 sales), and BBC's Sherlock - The Abominable Bride debuts at 3 with sales of just over 10,000 at the halfway stage.

Completing this week's Top 5 are Lorraine - Living To The Max at 4, and last week's chart-topper Davina - 5 Week Fit is at 5.

New releases also heading for the Top 40 this week are the BBC's miniseries thriller And Then There Were None (26), the second season of True Detective (28), and Jim Henson's Labyrinth re-enters at 37 following the death of David Bowie.

All final chart positions will be revealed on Sunday at 7pm on the Official Video Chart. Click here to see the latest Top 100.