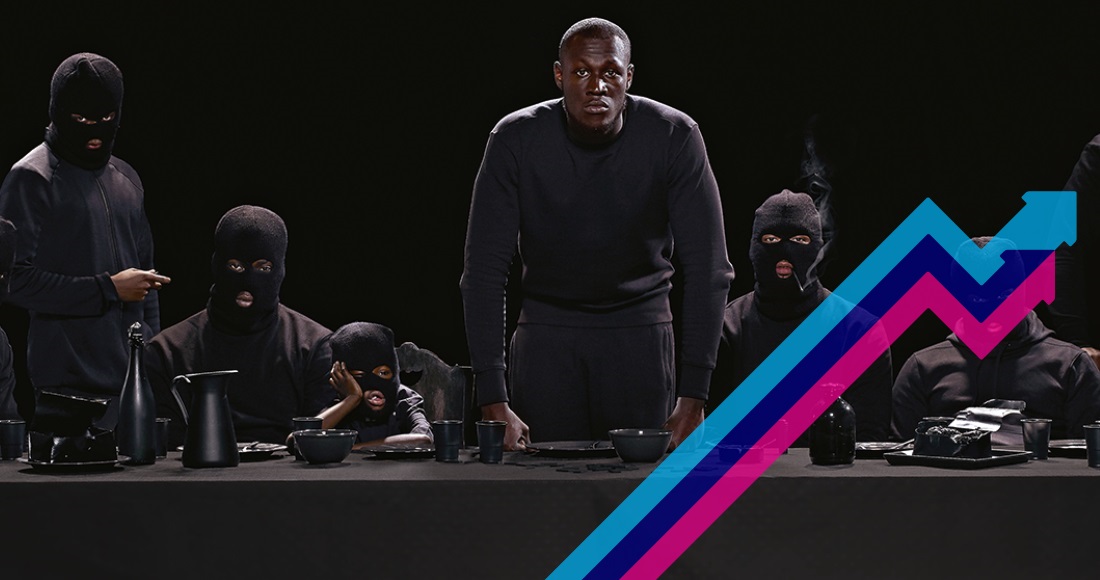 It looks like Stormzy will be filling his boots with success thanks to the impressive first-week showing for his new single.

Real name Michael Omari, the British grime MC is this week's Number 1 on the Official Trending Chart with Big For Your Boots, the lead single from his highly-anticipated debut studio album Gang Signs & Prayer.

Stormzy's impressive start on the Official Singles Chart Update (published yesterday) saw the Londoner open at Number 8 and could see him earn his second Top 10 single to date (More at the bottom of the page on how the chart is compiled).

Also riding high on the Top 20 is Dua Lipa, who has two entries on the countdown for the second week in a row. This week, the British rising star is represented by her solo hit Be The One, and Scared To Be Lonely, her collaboration with Dutch DJ and producer Martin Garrix.

Train's latest track Play That Song, taken from their new album A Girl, A Bottle, A Boat, appears in this week's Official Trending Chart as it looks set to become their first UK Top 40 entry in five years this Friday, while Ariana Grande and John Legend's theme for Disney's Beauty and the Beast reboot is making a big impact this week.

Listen to a playlist of this week's Official Trending Chart Top 20 on Spotify here. Click here to listen on Deezer.