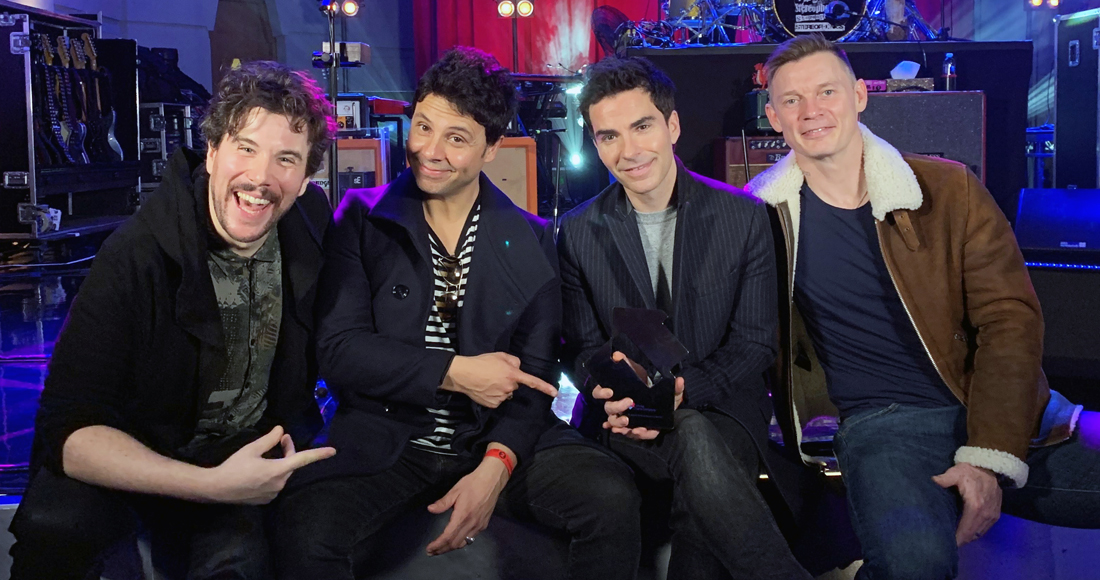 Congratulations to Stereophonics, who land straight in at Number 1 on this week’s Official Albums Chart. The band’s eleventh studio record Kind becomes their seventh UK chart-topper.

Stereophonics join the likes of Take That, Coldplay, The Prodigy and Westlife in the Official Chart hall of fame as groups who have also amassed seven Number 1 albums. The Beatles remain the act to beat still, holding the overall UK chart record for the act with the most chart-topping albums - the Fab Four have a staggering 15 Number 1s under their belt.

Celebrating the news, the band told us: "Thank you very much for getting Kind to Number 1. We’re always trying to make new music and we appreciate your support. I hope you love the album as much as we do. We’ll see you all soon."

Kanye West debuts at Number 2 with his ninth record Jesus Is King, marking his sixth Top 10 album, and James Blunt claims a sixth consecutive Top 10 with Once Upon A Mind at 3. Rick Astley retrospective The Best Of Me is new at Number 4, and indie-pop singer-songwriter Rex Orange County makes his UK albums chart debut at Number 5 with his third record Pony.

Further down, Bruce Springsteen’s Western Stars: Songs From The Film - a collection of reworked tracks from his chart-topping album Western Stars that appear in a new documentary film – enters at 11; Van Morrison opens at 13 with Three Chords and the Truth; and Neil Young & Crazy Horse’s Colorado is new at 17.