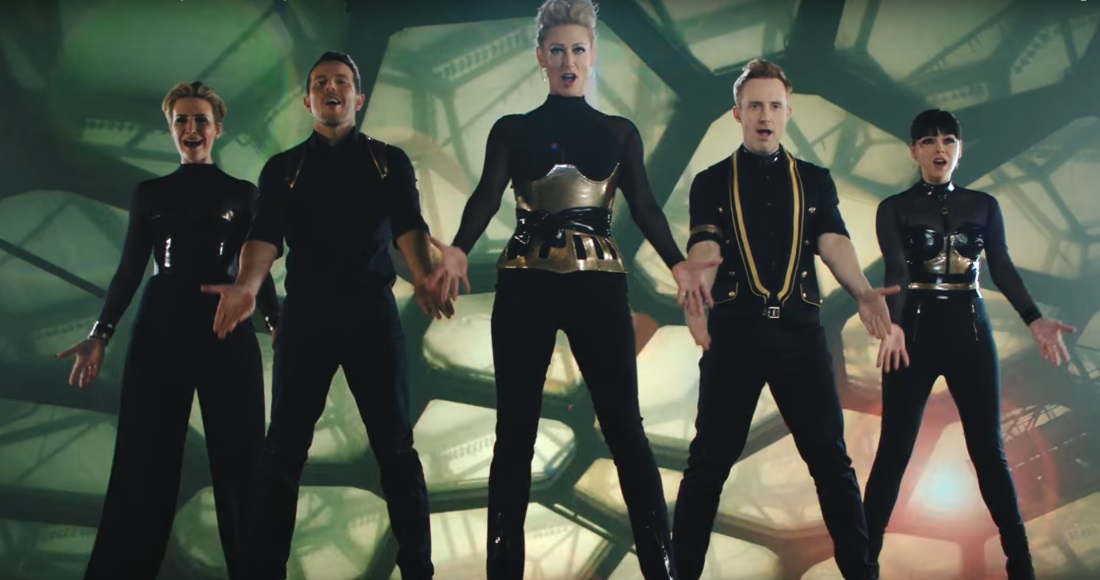 Steps have unveiled the music video for their new single Scared Of The Dark... and it's about a 'Steps' as a Steps video could be.

Faye, Claire, H, Lee and Lisa all make a grand entrance in the futuristic clip before breaking out into the kind of dance routine only they could pull off.

Scared Of The Dark is the trailer single for Steps' new album Tears On The Dancefloor, which is out on April 21. The collection is their fifth and first proper album release since 2000's Buzz.

Speaking to OfficialCharts.com earlier this year, Faye said the record was "all about getting people back on the dance floor", revealing there are no ballads on the collection.

“We did take reference from previous records," she added. "I’d say the music is along the lines of Deeper Shade Of Blue and that sort of ilk. Maybe a bit more dance-y, actually. There aren't any ballads on this album. We think we know what the fans want." Read the full interview here.

Watch the Scared Of The Dark music video below: