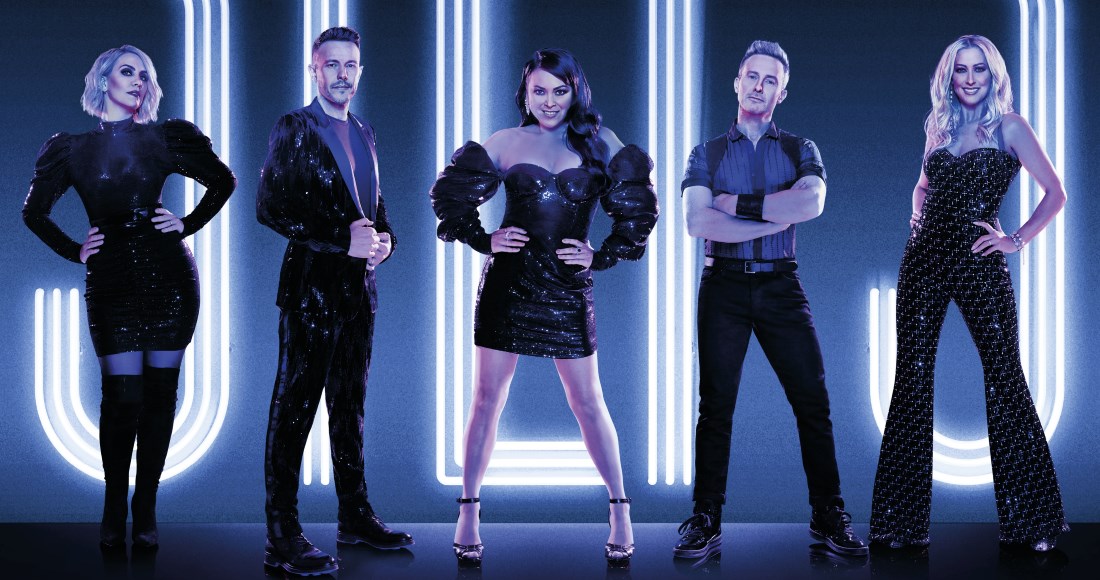 With pure pop music few and far between these days, Steps' return last week was heralded by many as having saved an otherwise dismal 2020.

The pop icons are back with bombastic new single What The Future Holds last week; a flashy, hi-gloss pop pièce de résistance co-written by Sia that also marks their first release under their new label BMG.

When we sat down with them for a socially-distanced chat, we found out that this song has had Steps' name on it for over two years, and they couldn't sit tight on it any longer.

"We were on tour when we first heard this song about two-and-a-half years ago," H explained. "We were umming and aahing about if we should do this again and then we got the song from Sia and said, ‘yes, we’re doing this again!’. It’s been the basis of everything: the campaign, the sound of the album, the artwork - it’s all come from one song.”

While some of the song's lyrics could be applied to the coronavirus pandemic, it's purely coincidental; for the band it's a reflection how they feel now as a group and how far they've come, 23 years after they first formed.

"It’s really important to get across that we’re not taking advantage of a horrendous situation [the pandemic]," Claire told us. We’ve literally had this in the bank for such a long time. Everything always happens for a reason and now it feels like the right time.

“One foot in the past, one foot in the future - that’s very much what we are. When we go on tour, we do the nostalgia side of it and we also have this [new music] which gives us something more to be creative about."

Releasing the single in September wasn't the original plan. The initial plug was pulled in March, with the band unable to promote it properly as the UK went into lockdown. Holding back the release at the last minute caused it to leak in the Spring after an error on Apple Music in China.

"That was a complete accident," recalled H. "But then some rogue individuals take it upon themselves to spoil the surprise."

"But it’s because they’re excited, Lisa chimed in. "It comes from a good place. I see it in a positive way because it would be disappointing if the fans weren’t excited." 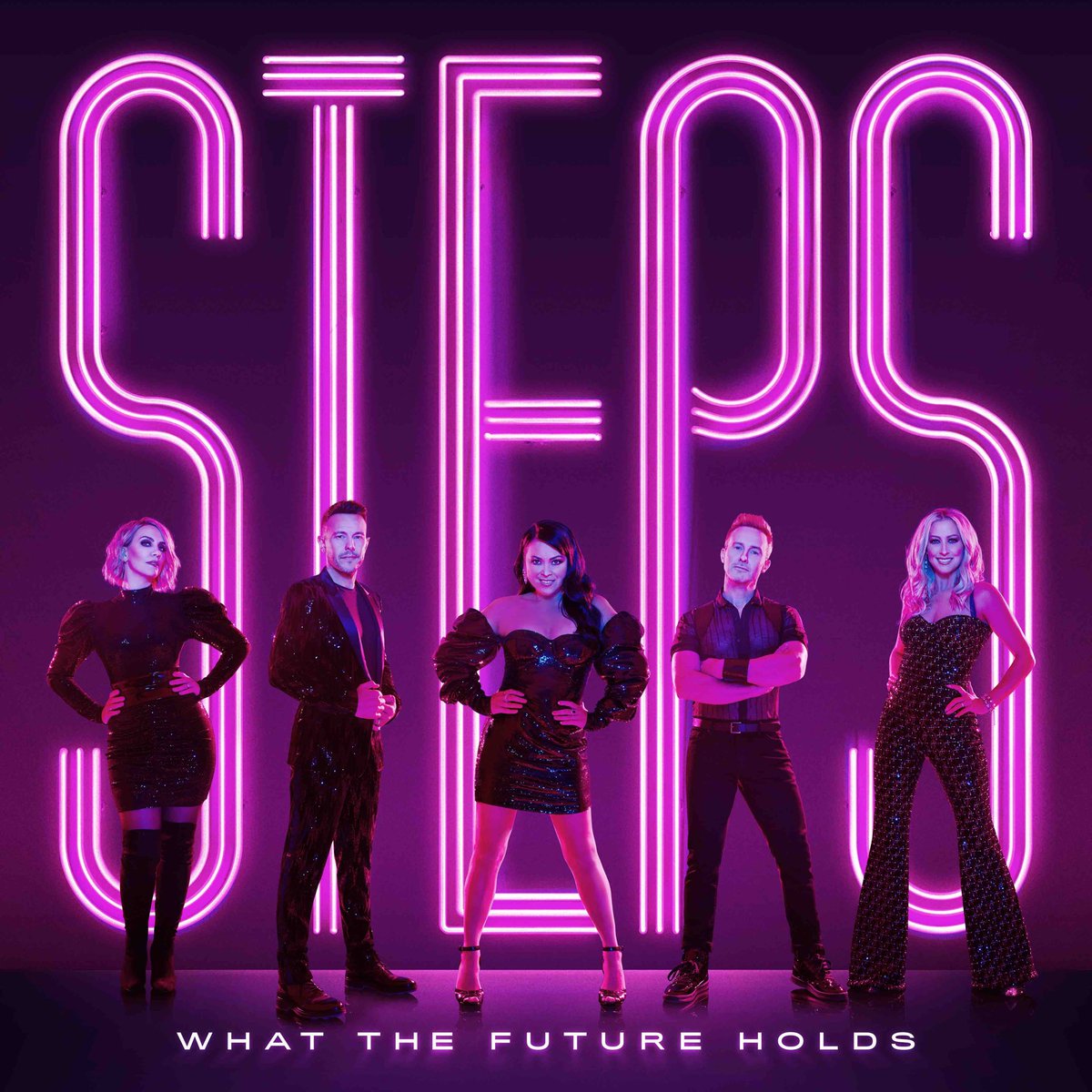 One thing some fans were disappointed about was the change in logo for this new campaign, but rest assured Steps fans, the band's iconic logo isn't going anywhere.

Claire: “That’s just the album cover. I don’t see that as a logo change."

Lee: "No-one’s emailed us about a logo change, have they?"

Faye: "We certainly haven’t approved one!"

After going it alone for 2017's Tears On The Dancefloor, the five-piece are releasing their sixth album, also titled What The Future Holds, on November 27 through BMG - something H describes as "a massive breath of fresh air".

"The last time we did this, we did it all on our own. We are still in charge ultimately, but it’s lovely to have a massive machine behind us… that understands social media [laughs]. It’s such a minefield, it’s hard."

Faye says BMG have opened more doors for Steps to strut through: “We’re in a fabulous position. Steps management are brilliant; they are almost partners rather than managers. Having BMG is a massive wheel behind us. It’s a bigger, stronger project than last time. They’re going to give fans a bigger experience than last time."

Claire explained that the positive response to comeback album Tears On The Dancefloor put them on the radar of more writers. "We didn’t struggle to get songs for that album but it was harder. This time around, we haven’t struggled at all. These amazing writers – from all over the world as well – have been happy to give us their music. It’s quite humbling and it’s nice to know that people have that kind of confidence in us."

“Last time around, we didn’t have a record deal," said H. "We looked for one and couldn’t get one. But also our business model; I know now a lot of other record companies have followed our business model, which is cracking.

"We had the second best-selling independent album that year behind Stormzy," remarks Claire, before H & Claire burst into a rendition of Big For Your Boots.

What The Future Holds sees Steps remaining firmly in their lane and staying true to the sound that brought them millions of record sales in the late '90s/early 2000s - there won't be any rappers popping up on their tracks.

H says the new album is "unashamedly pop", adding: "We know what we are and we never pretend to be anything we’re not. But it’s a really difficult one for us to remember where we came from but point to the future as well."

“You just have to own what you’re doing and be confident with it, Claire continues. "That sells it to everybody else. We’re not going ‘oh well, we’re not doing this or we know this isn’t the coolest thing’. If it ain’t broke don’t fix it’."

"People wouldn’t accept us doing anything else," Faye added. "It would be disappointing to the fans. There are interesting different flavours on the album and it’s more of a rollercoaster than the last one, but that’s as far as we’ll go. It needs to stay and remain the pure pop the fans want.”

Lee agrees: “We’re going strong. We’re trending, we’re planning a huge tour and its 23 years later. That’s for a reason. We are who we are and that’s what people want. If we came back with an acoustic album or something rocky, people would be saying ‘what are they doing?’ We just want to put a smile on people’s faces.”

Steps are confidently embracing armography and glitter into a new era. An altogether different unashamed track that's proving popular right now is WAP, the current Number 1 on the UK's Official Singles Chart from US rappers Cardi B and Megan Thee Stallion. Because we ask the big questions, we wanted to gauge Steps' thoughts on it. With only Faye in the loop, we broke the news to the rest of the group what WAP stood for.

Faye: "The video is amazing. It’s like a girl’s rude song."

Lee: "It probably would."

Steps' new single What The Future Holds is out now, with the album of the same name arriving on November 27th. Steps tour the UK in November and December 2021. Tickets are on sale now.