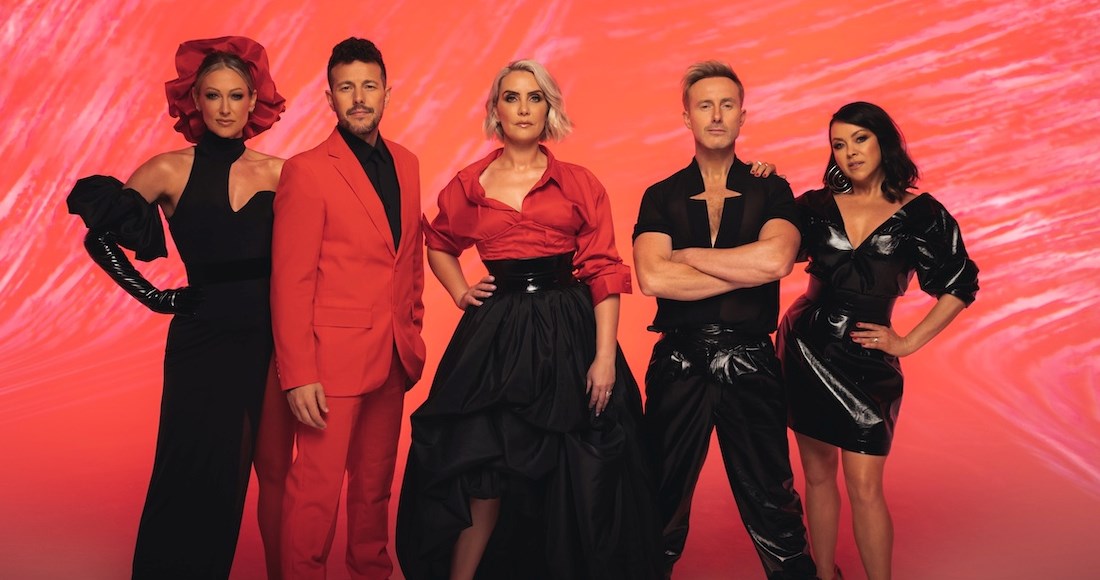 Steps have always kept one eye to the past, but now they're concerning themselves with a more optimistic future.

Drag Race icon Michelle Visage was made the surprise sixth member of Steps featuring on the track Heartbreak In The City, a first for the band. Elsewhere on the record, the band reunite with long-time producers Mark Topham and Karl Twigg, as well as Savage Garden frontman Darren Hayes.

We sat down with Claire, Faye, H, Lee and Lisa to discuss their new album, what you can expect from their upcoming tour and plans for their forthcoming 25th anniversary next year.

This is the first time you’ve created a sequel to one of your albums. What made you want to give What The Future Holds a follow-up?

Claire: "​​Originally we were planning [to just have a deluxe version] of the album. And when we were deciding the extra tracks that would go on part one, we realised we had enough, great songs to make a second album. I don't know if we intended it to be a Part Two, but it took us a very long time to come up with that title!"

The release of the first What The Future Holds was delayed a bit due to the pandemic - did that make you want to revisit it all a bit sooner?

The sci-fi elements of the album, from the artwork to the music videos, are great too - like you’re taking people away from the  problems of right now.

Lisa: "I think that’s always been a big part of Steps, what we’ve always wanted to achieve. I think that's why people keep coming back to Steps. When you come to one of our shows or if you put our album on, that's exactly what we want to achieve. For me, music and dance connect everybody."

We’ve had a lot of pandemic-inspired albums, Taylor Swift’s folklore and evermore especially. But Steps’ music doesn’t really look to the here and now, it focuses on the positives, on the future in this case.

Claire: "We’re very good at looking at the brighter side, and we’ve put a cheery stamp on some very sad songs!"

Claire: "If you take the time to really listen to the lyrics of our songs, they are quite sad. We just make people think they’re happy."

You’re also heading out on tour this year, you must be very excited after so much time away?

Faye: "I’m so excited for the fans to hear what we’ve done with some of the tracks. The dance moves as well, everyone’s been doing TikToks to the new stuff."

​​Steps have been doing TikTok routines before TikTok was even born!

Since coming back with Scared of the Dark in 2017 you've really not stopped. Steps turn 25 (!) next year too. What can we expect next?

Faye: "It's so interesting because we never take it for granted that there's going to be a next album. We literally play it by ear. If there's demand we go, oh crikey, are we going to do it again? We obviously want to mark the anniversary and do some very special things to celebrate that we won't talk about here!"

A lot of people call you guys the British ABBA, so we take it you've heard their new songs?

Claire: "I actually have only heard a little bit of one of them [I Still Have Faith In You]."

H: "What I like about it is that it's instantly ABBA. It takes you to a safe place. You hear those pianos and you're back in ABBA Land."

Steps' new album What the Future Holds Part 2 is out now.