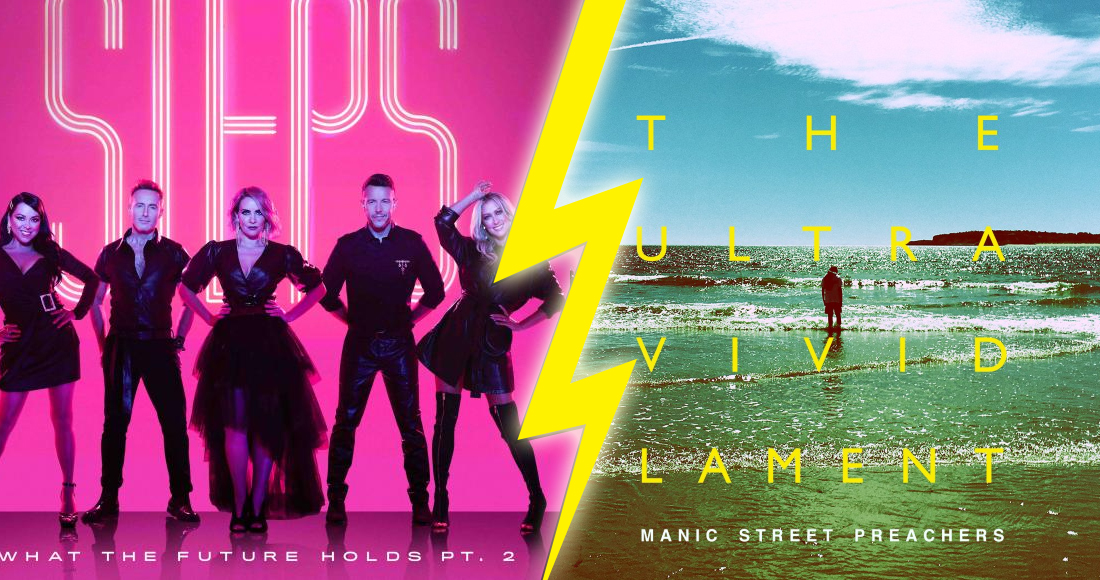 The race for Number 1 on this week's Official UK Albums Chart is heading for a photo finish as Steps close the gap on their former '90s chart rivals Manic Street Preachers.

On Monday's Official Chart Update, legendary Welsh rock group Manics were 3,000 chart sales ahead with their 14th studio album The Ultra Vivid Lament, while pop icons Steps were in the runner-up slot with their seventh album What The Future Holds Pt. 2.

Both acts previously battled for the Number 1 album in September 1998, when Manics’ This Is My Truth Now Tell Me Yours beat Steps’ Step One to the top.

On today's sales flash (September 15), Official Charts Company data reveals that Manic Street Preachers' lead has been cut in half, with Steps not going down without a fight, narrowing their rivals' margin to just 1,500 chart sales.

Manics continue to boast the most physical sales of the week to date, while Steps have racked up more downloads than any other album since last Friday.

When it comes to streaming, Steps have a small advantage over Manics, while Drake's Certified Lover Boy remains the overall format leader, currently placed at Number 4.

Surrey rock band The Stranglers remain on course for their first Top 10 album since 1990 with Dark Matters (3), and The Vaccines are heading towards their fifth consecutive Top 10 record with Back in Love City (5).