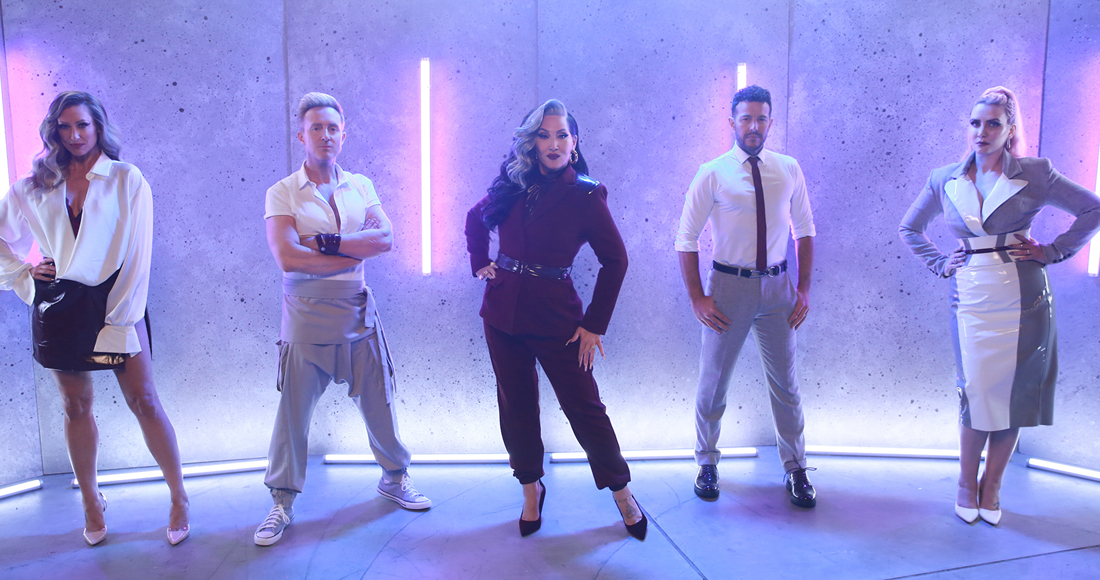 We've seen the future and it holds a lot more music from Steps: the group have announced details of their new album What The Future Holds Pt. 2, alongside the unveiling of the video for their latest single Heartbreak In This City.

Announced on a YouTube Rodeo livestream today (April 1), the new album - out September 10 - features ten brand-new tracks, plus four stripped-back versions of their recent singles and the new single mix of their current track Heartbreak In This City, which now features Michelle Visage. Read our recent interview about the collaboration with Faye and Michelle here.

The song's accompanying music video was shot in Manchester, and in keeping with current restrictions, Lisa Scott-Lee filmed her scenes closer to her home in Dubai. Naturally, it includes a classic Steps routine.

Faye Tozer said: "What originally started as a deluxe version of the album has now become a full new record," while Claire Richards added: "We see What The Future Holds Pt. 2 as the perfect companion piece to the original album. The new record is classic Steps but also explores some brand-new sounds."

Describing some of the new music, Ian 'H' Watkins said track Take Me For A Ride - written Mark Topham and Karl Twigg, who co-wrote One For Sorrow, Stomp and Deeper Shade Of Blue - has a "proper 80s vibe", while A Hundred Years of Winter is an "icy electronic anthem" written by Savage Garden's Darren Hayes.

Other songs include Living A Lie, written by Thomas G:Son who is behind their recent single Something In Your Eyes, and Trouble & Love, penned by the writers of their 2017 comeback single Scared Of The Dark, Fiona Bevan and Carl Ryden. See the deluxe CD tracklisting as it stands (three are still to be revealed) below:

MORE: Steps talk Eurovision and the possibility of a Kylie Minogue collaboration

What The Future Holds Pt. 1 was released last December and debuted at Number 2 on the Official Albums Chart - their third studio record to land in the runner-up slot. The album is currently certified silver with 70,000 chart sales.

The new album gives Steps lots of fresh material for their upcoming UK arena tour, which sees them play 18 shows across the UK in November, supported by Sophie Ellis-Bextor.