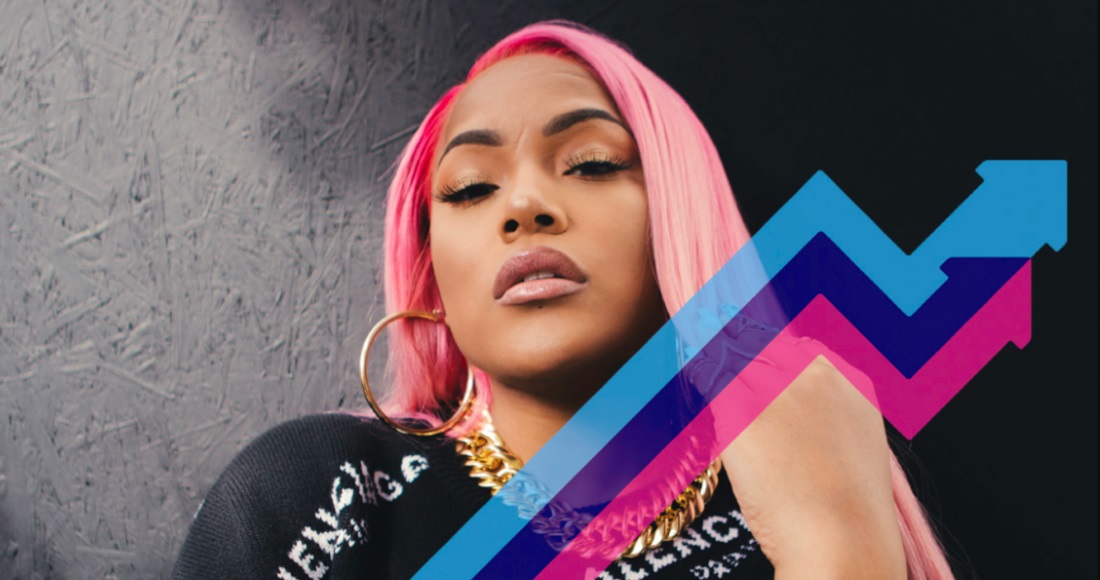 Rising star Stefflon Don keeps her place at the top of the Official Trending Chart for a second week as the track continues to build in the UK.

The London rapper's latest track Hurtin' Me ft. French Montana has given the star - real name Stefanie Allen - her big breakthrough on the Official Chart, having climbed up the singles Top 100 over the past eight weeks. Hurtin' Me debuted at Number 47 when it was first released in August.

After placing at Number 11 last week, the song is on track to enter this week's Top 10, up three places to Number 8 in the latest sales flash. It's set to become her biggest hit on the Official Chart yet - her previous best was Number 13 as a guest feature on Jax Jones and Demi Lovato's Instruction. For US rapper French Montana, it'll be his second UK Top 10 after the Number 2-peaking Unforgettable.

Shortlisted for the BBC Sound Poll back in January, Stefflon Don released her first mixtape Real Ting to acclaim last November and has gone on to collaborate with the likes of Raye, Giggs, Charli XCX and Lil Yachty.

UPDATED: The UK's Official Top 40 biggest songs of 2017 so far, including Instruction

Meanwhile, Maroon 5 and SZA climb to second place on the trending Top 20 as their collaboration, What Lovers Do, heads towards the Official Singles Chart Top 10 (currently at 11).

Elsewhere on this week's Official Trending Chart, Liam Gallagher makes two entries with Greedy Soul and For What It's Worth following the release of his debut solo album, As You Were. For What It's Worth is on course to enter the Official Singles Chart Top 40 for the first time this Friday (Oct 13).