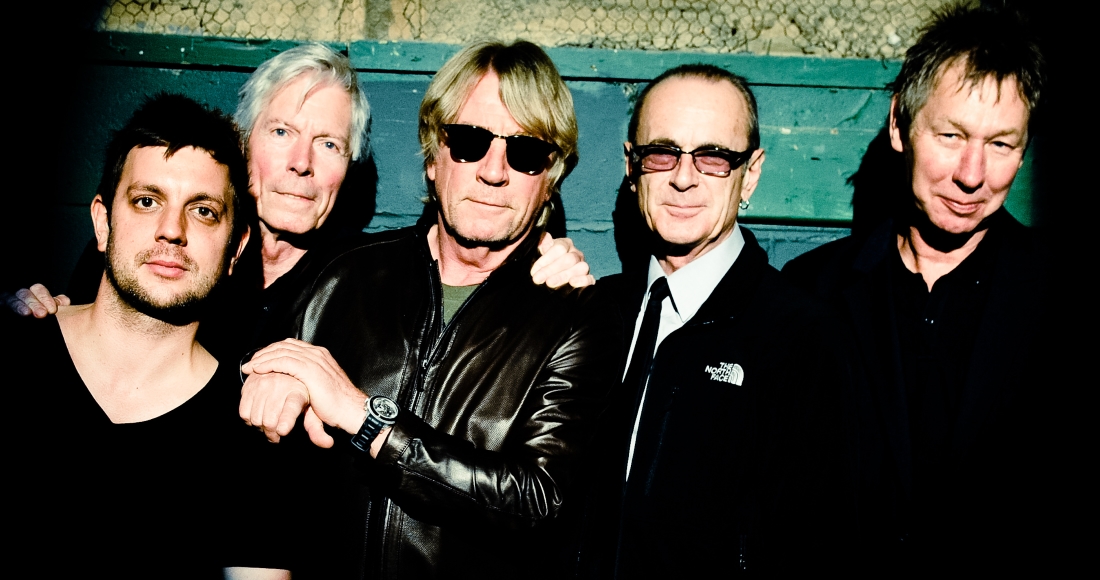 The band have reached the magic landmark with their latest album Aquostic (Stripped Bare), which accumulates its 11th week on the Official Albums Chart rundown today, landing at Number 34.

The achievement puts Quo among a select group of only 50 acts with 500 weeks or more on the Official Albums Chart. The outfit with most weeks on chart of all is Queen, whose tally of 1,457 weeks puts them ahead of The Beatles (1,406 weeks) and Elvis Presley (1,364 weeks) in second and third place.

While the Quo made their first steps into the Official Singles Chart with the Top 10 hit Pictures Of Matchstick Men, their first chart album did not follow until Piledriver peaked at 5 in 1973 and claimed 37 weeks on the chart. Since then, the band have enjoyed 23 Top 10 albums, including four Number 1s.

Quo mainstay Francis Rossi told OfficialCharts.com, "To be celebrating 500 weeks in the Official Album Chart - that's almost ten years! - feels incredible. It's almost surreal that this band that we formed all those years ago could reach this point. It's a tangible achievement though, and a milestone we're very proud of.

"Aquostic (Stripped Bare) is itself our highest charting album for 18 years and has just been certified Gold, so it's not been a bad few weeks. I rarely believe in looking backwards though, we're by no means done yet; 2015 will be another interesting year for Quo!"

Official Charts Company chief executive Martin Talbot says, "This is a fantastic achievement by Status Quo. It is one thing to achieve a hit album, but to do so in 500 weeks, across a span of six decades, is a track record any act would be proud of. Congratulations to Francis, Rick and the boys."