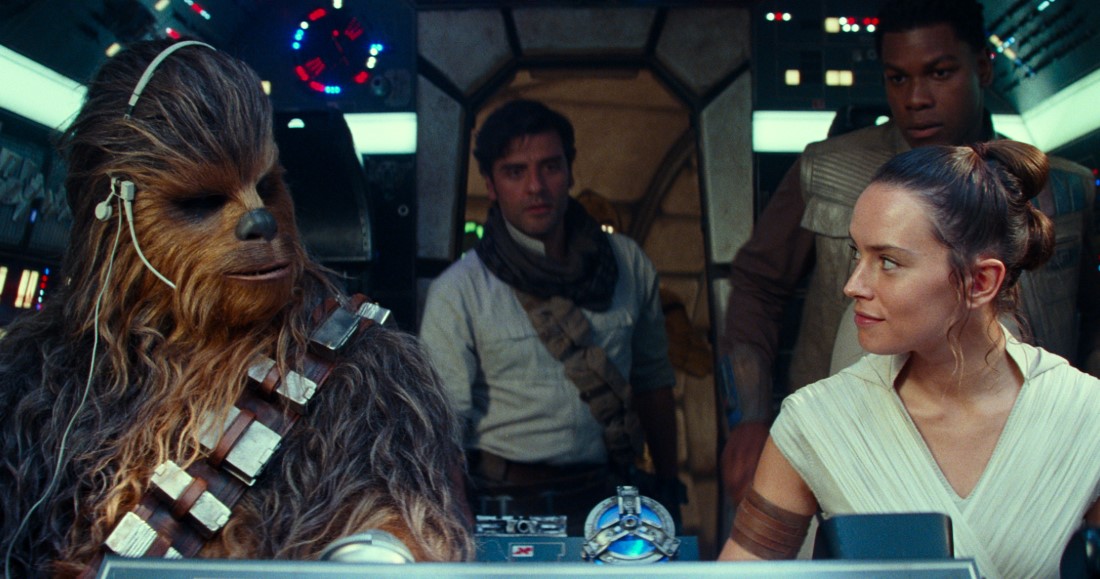 Star Wars: The Rise of Skywalker debuts at Number 1 on the Official Film Chart on digital downloads only.

In the latest episode of the legendary franchise, Rey, Finn and Poe Dameron are back leading the resistance against Kylo Ren and the First Order, as the evil Emperor Palpatine returns from the dead. The Rise of Skywalker enters with 181,000 digital download sales in its first week.

Last week’s Number 1 Jumanji: The Next Level is knocked to Number 2, while Sonic the Hedgehog - starring Ben Schwartz as Sonic and James Marsden as his new human best friend - holds its place at 3.

A second brand new entry to this week’s chart, Blue Story debuts at Number 5. A feature-length adaptation of Rapman’s YouTube series, Blue Story is a tragic tale of friendship between two teenagers from opposing postcodes in South London.

2011’s Easter adventure Hop bounces into the Top 10 for the first time at Number 8 - our second entry on this week’s chart featuring James Marsden teaming up with a CGI animal.

E.B. (Russell Brand), the Easter Bunny’s teenage son, reveals he doesn’t want to continue the family business – and runs away to LA to follow his dreams of becoming a drummer.

This week we feature a clip from Taika Waititi’s award winning comedy-drama Jojo Rabbit, available to Download & Keep from April 27.