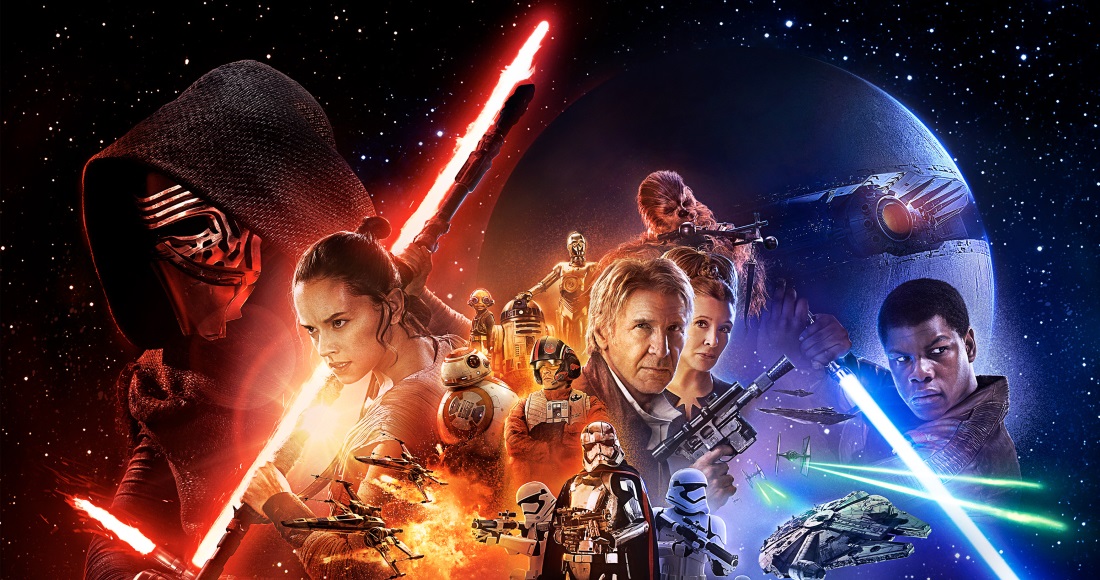 It's probably one of the most long-awaited sequels in the history of cinema, so it wouldn't take a Jedi to work out that the Star Wars: The Force Awakens would storm to the top of the Official Video Chart.

Shifting an incredible 1.189 million copies in its first seven days on sale, Star Wars: The Force Awakens debuts at Number 1 to claim the title of fastest-selling DVD/Blu-ray of the year so far, OfficialCharts.com can reveal.

Star Wars: The Force Awakens in the seventh instalment of the intergalactic franchise which originally kicked off in 1977. Original stars Carrie Fisher, Harrison Ford and Mark Hamill returned to star in the movie 30 years after their last appearances, joined by British stars John Boyega and Daisy Ridley plus Adam Driver and Oscar Isaac as the next generation.

The force of Star Wars is felt throughout the Top 40, with the original trilogy (Episodes IV–VI) rocketing 62 places to 19, and the prequels (Episodes I–III) bounding 78 places to Number 30.

Elsewhere on this week's video chart, biographical movie Everest leaps 31 places back up the chart to land at 12, while NWA biopic Straight Outta Compton zooms back up 65 places.

Revived by the new movie version in cinemas now, Disney's musical animation of The Jungle Book is up 15 to Number 29 and Jeff Goldblum drama Prisoner Of War is new at 31.

Zac Efron and Seth Rogen comedy Bad Neighbours jumps back up 31 places to 34 in anticipation of the sequel's release next month, while series of 2 of ITV's Grantchester is new at 37.

The Official Video Chart is revealed here on OfficialCharts.com every Sunday at 5.45pm. Click here to see the latest Top 100.