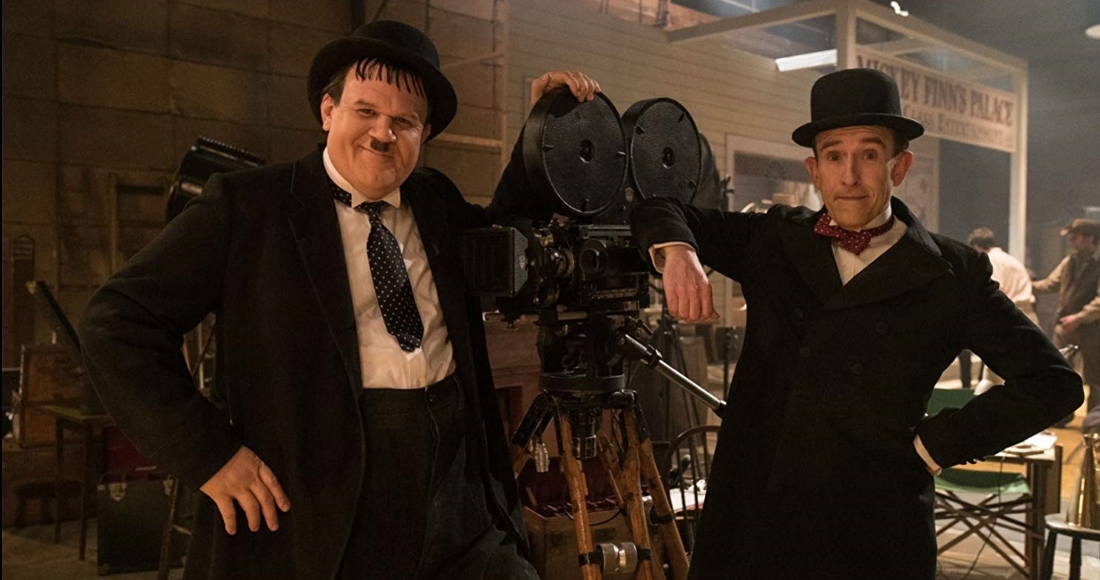 Stan & Ollie claims the highest new entry on the Official Film Chart this week, as Mary Poppins Returns flies back to Number 1.

The biographical comedy - debuting at Number 6 this week on downloads alone - stars Steve Coogan and John C. Reilly as the iconic comedy duo as they embark on a UK variety house tour in post-war Britain, years after their golden era.

Mary Poppins Returns is back at the helm after flying past last week’s massive new release Bumblebee (2).

Avengers: Infinity War hangs on to Number 3 for a third week, and Bohemian Rhapsody climbs one place to 4. Spider-Man: Into The Spider-Verse drops one to Number 5.

Aquaman drops one place to Number 7 ahead of Ant-Man And The Wasp which holds on to Number 8, The Favourite drops two to Number 9 and Mortal Engines rounds off this week’s chart at 10.

This week also marks one year since The Greatest Showman’s Home Entertainment release; the musical hasn’t left the Official Film Chart Top 20 since it began in November, and was the biggest seller of 2018.

Way out in front is Way Out West, which features in the opening scene of Stan & Ollie; the duo’s rendition of The Trail Of The Lonesome Pine from Way Out West actually reached Number 2 on the Official Singles Chart back in 1975, almost 40 years after the film’s original release.

Other titles in the Top 10 include The Flying Deuces at 3, Utopia - the pair’s final feature film, released in 1951 - at Number 5, and Pack Up Your Troubles at Number 9.

© Official Charts Company 2019. Chart shows the Top 10 biggest-selling Laurel & Hardy feature films on disc up to 11th May 2019. Does not include Boxsets.