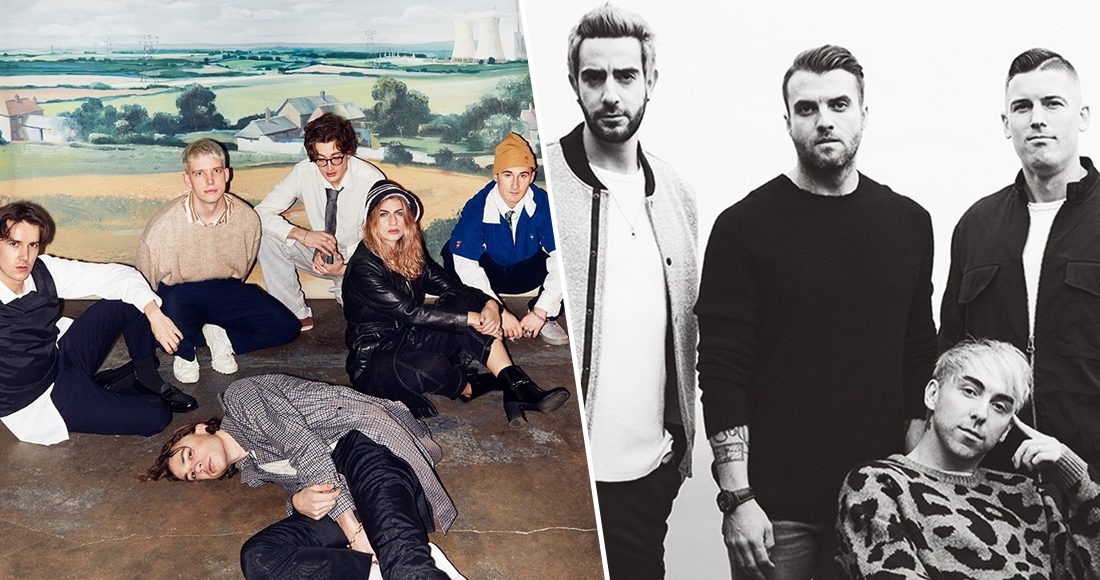 Two albums are neck-and-neck in the race for this week’s Number 1 on the Official Albums Chart, with less than 300 chart sales currently separating the Top 2.

In today’s Official Chart Update (June 8) indie-pop band Sports Team are leading the way with their debut album Deep Down Happy, racking up the most vinyl sales over the weekend.

Celebrating their midweek success, Sports Team told OfficialCharts.com: "This whole thing has been about the fans. Number 1 in the charts shows how much community still counts for, and that’s all we really want. It’s their album."

Close behind at Number 2 midweek are All Time Low with their eighth studio album Wake Up, Sunshine. Released digitally back in April, where it reached Number 28, the record is on course to become the band’s fourth Top 10 this Friday (June 12) and has racked up the most CD sales since Friday. ATL frontman Alex Gaskarth will be discussing the album and answering fans’ questions on our Facebook Live series The Record Club this Wednesday.

Lady Gaga is not out of the running to retain the top spot either; last week’s Number 1 Chromatica is the most downloaded and streamed album of the week so far and currently sits at Number 3.

Synth-pop legends The Human League could claim their first Top 10 album in 25 years with The Essential (7) and Australian indie band Rolling Blackouts Coastal Fever are heading for their first UK chart entry with Sideways To New Italy (9).

Rock & Roll Hall of Famer Dion could secure his first UK Top 40 album with Blues with Friends at 13, while the Kidz Bop Kids may net themselves a sixth Top 40 record with Kidz Bop Party Playlist at 15. Hip-hop duo Run The Jewels are at 17 with their fourth album RTJ4, and Spanish indie rock group Hinds could enter at 24 with The Prettiest Curse.