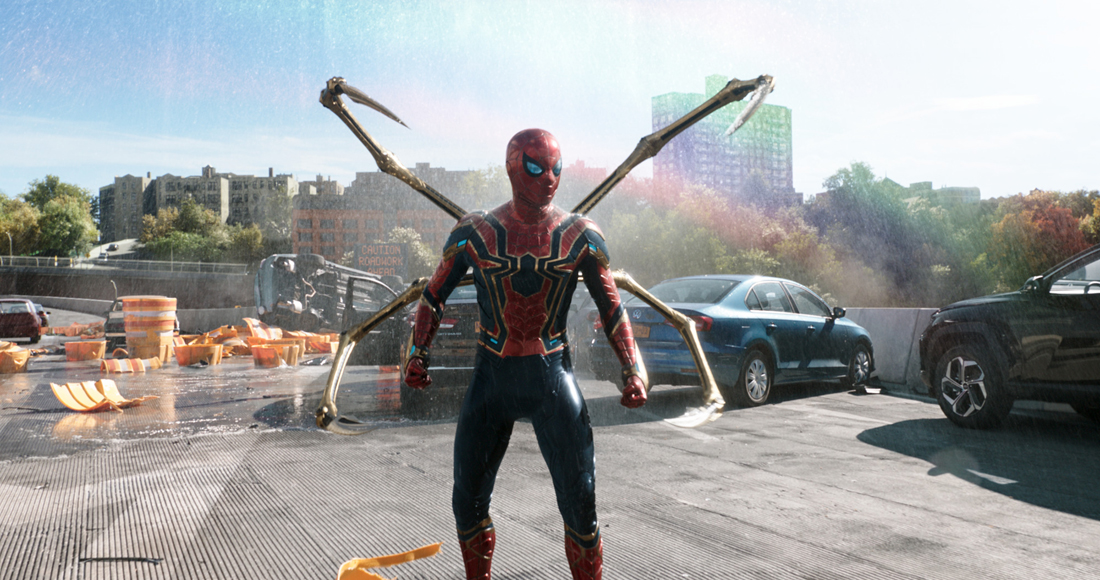 Spider-Man: No Way Home makes a significant debut at Number 1 on the Official Film Chart.

The film, which is currently only available on digital download, flies straight to Number 1 in its first week, landing itself in the company of other massive week one performances from major blockbusters including Avengers: Endgame, Frozen 2, Avengers: Infinity War and Star Wars: The Rise Of Skywalker.

Starring Tom Holland once again as the eponymous superhero, this marks the third Spider-Man film starring Holland alongside Zendaya and Benedict Cumberbatch.

Meanwhile, The Matrix Resurrections also makes a strong debut, landing at Number 2. The fourth instalment in the Matrix franchise is set sixty years after its predecessor The Matrix Revolutions (2003) and also enjoys its debut week on digital downloads only.

Last week’s Number 1 Clifford The Big Red Dog drops to Number 3, though it is the biggest seller of the week on physical formats. Dune (4) and No Time To Die (5) hold on to their placings from last week, while West Side Story (6) stumbles four.

Encanto takes its place at Number 7, The King’s Man arrives at Number 8 and Ghostbusters: Afterlife floats down two to Number 9. Finally, Venom: Let There Be Carnage holds on tight at Number 10 to round off this week’s countdown.