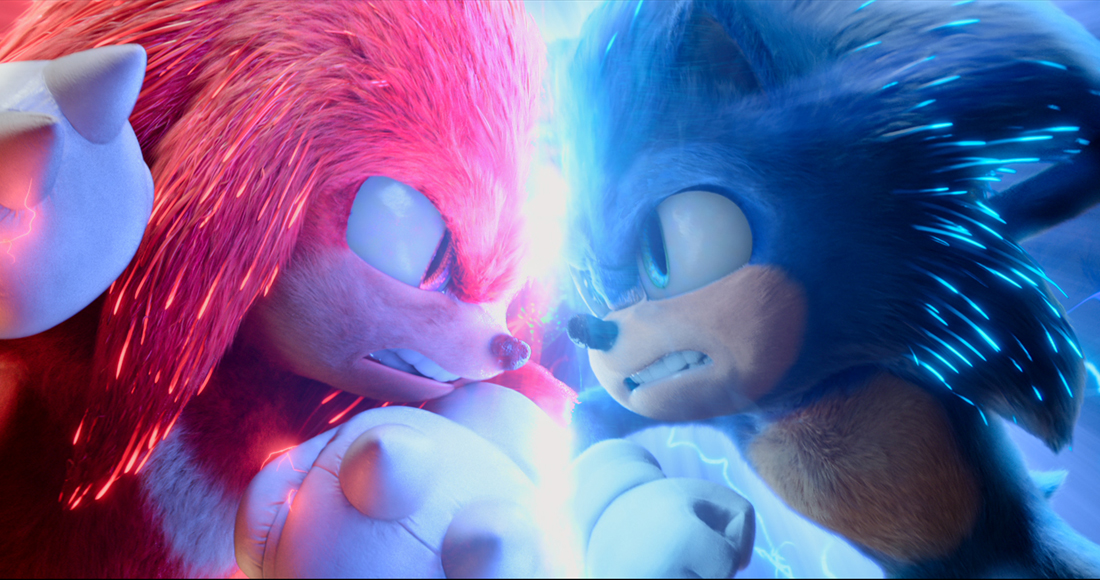 Sonic the Hedgehog 2 levels up this week as it races in to Number 1 on the Official Film Chart on digital downloads only.

After just being pipped to Number 1 last week, Sonic climbs to Number 1, leapfrogging last week’s chart-topper The Batman while only being available on digital formats.

The Batman does, however land at Number 2, as well as the biggest title on physical formats of the week – beating out Top Gun which holds at Number 3.

This week’s highest new entry is The Bad Guys at Number 4. The animated comedy heist film – whose voice cast includes Sam Rockwell, Craig Robinson, Richard Ayoade and Alex Borstein – tells the story of a group of animal criminals, who to avoid a prison sentence must become model citizens, with disastrous and hilarious results.

Morbius (5) and Dune (6) both drop one place, while animated musical Sing 2 rises two to Number 7. The Matrix Resurrections is at 8, and Spider-Man: No Way Home crawls back up one to Number 9.

Finally, Dr Who & The Daleks makes its Official Film Chart debut at Number 10. Released back in 1965 and starring Peter Cushing as The Doctor, the British sci-fi adventure – which on its release was the first time The Doctor was seen in colour, and The Doctors first big-screen appearance – was released last week in a 4K UHD collector’s edition.