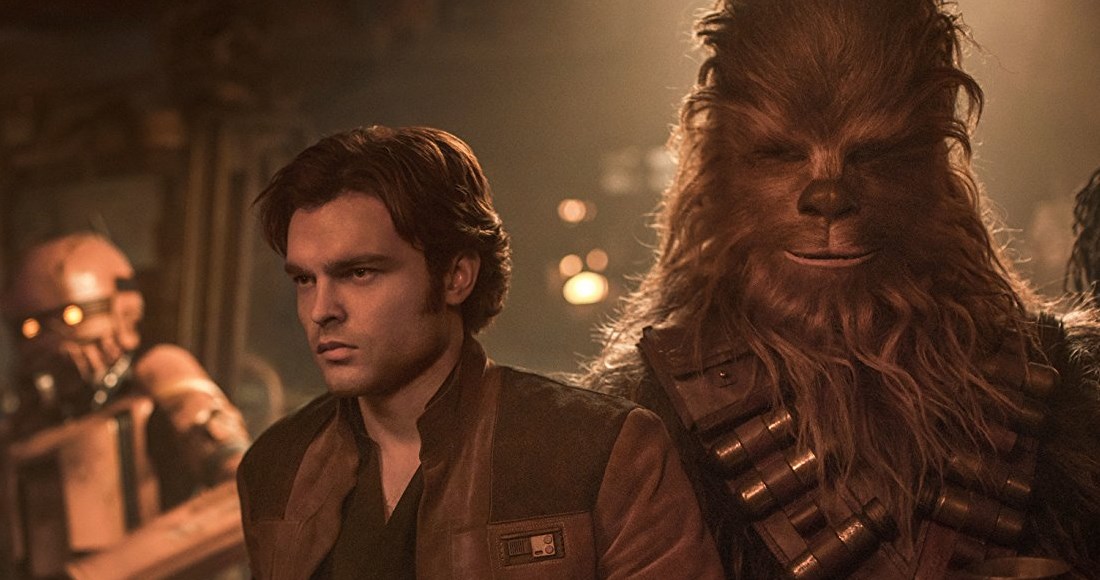 Solo – A Star Wars Story’s Number 1 spot is at risk on this week’s Official Video Chart.

Meanwhile, former Number 1s Deadpool 2 and The Greatest Showman look to hang on to their Top 5 spots at Number 4 and 5 respectively. There’s everything to play for in the race for this Sunday’s Official Number 1 spot, revealed at 7pm.

More horror flicks grace the chart update this week with Halloween (1978) – the first of the monster franchise – climbing two places to Number 10, as the cinematic release date of the eleventh instalment creeps closer. Hocus Pocus appears to be holding tight at 11, while brand new on the chart this week is City of the Living Dead (1980) at Number 19.

New entries include 2001 Disney Animated favourite, Atlantis: The Lost Empire, back in the charts at Number 16 thanks to the release of a limited edition steelbook, and crime thriller Bad Samaritan at Number 17. Lego Super Heroes: Aquaman - Rage of Atlantis makes a splash at Number 20.

A double pack of the first two instalments of Rowan Atkinson’s Johnny English series, Johnny English/Johnny English Reborn, has jumped 31 places this week to Number 25 ahead of the theatrical release of the franchise’s third offering on October 12.