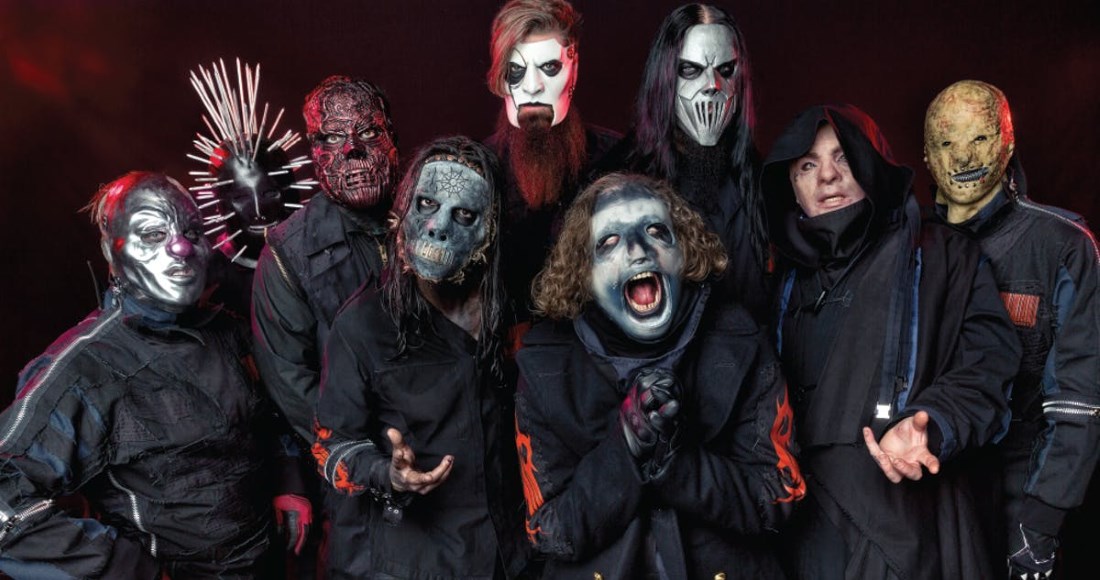 After four weeks at Number 1, it looks like Ed Sheeran’s reign at the summit of the Official Albums Chart could be ended by Slipknot.

The heavy metal group’s sixth studio album and first in almost five years We Are Not Your Kind leads the Official Chart Update, currently ahead of Ed Sheeran’s No.6 Collaborations Project by over 13,000 chart sales. The masked group have sold the most physical copies and digital downloads across the weekend, while Ed still has the edge on streaming.

We Are Not Your Kind is on track to become Slipknot’s fifth consecutive Top 5 album. The group’s breakthrough album Iowa is their only UK Number 1 to date, topping the charts in September 2001. Click here to view Slipknot's full UK chart history.

Elsewhere in the Top 5, Welsh rock duo Feeder are heading for their ninth Top 10 album with Tallulah. The band’s tenth studio album is currently at Number 3 and could become their highest-charting record since 2006 retrospective The Singles.

Bon Iver are also aiming for the Top 5 with their new album I,I. After a surprise early release on digital and streaming platforms, the band’s fourth LP occupies Number 5 at the midweek mark. The physical release arrives on August 30.

Into the Top 20, Rick Ross starts at Number 13 with Port of Miami 2, Trippie Redd could claim his best ever UK chart placement with his second album ! at Number 14, and another new entry right behind at Number 15 is Any Human Friend by Marika Hackman, who could earn her first UK Top 40 album this Friday.

Finally, following the release of the movie based on his music Blinded by the Light, Bruce Springsteen’s latest album Western Stars – his 11th UK Number 1 – is up seven places to Number 18.