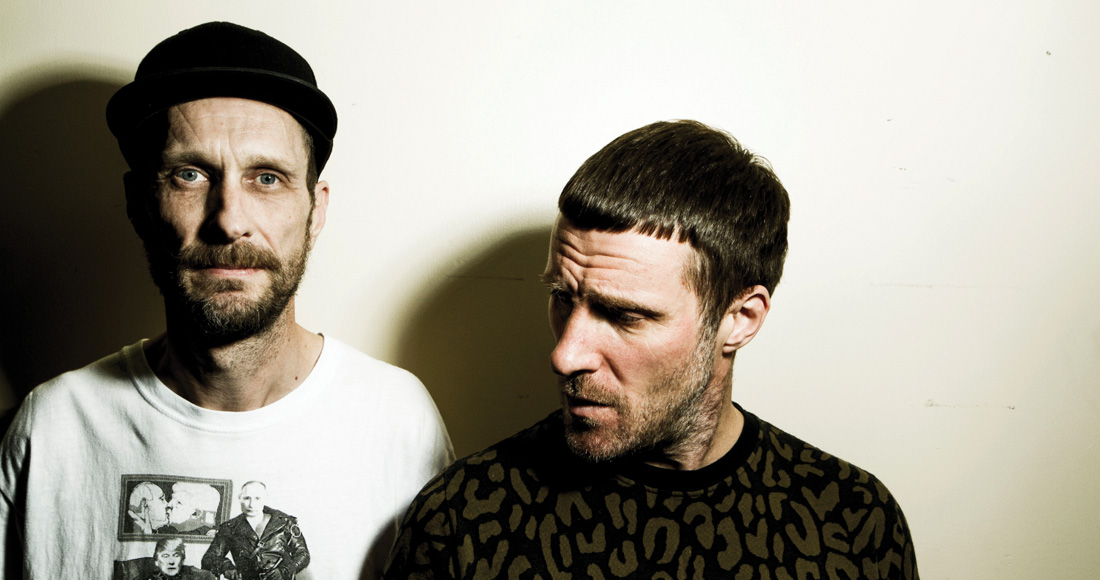 Sleaford Mods claim the Number 1 spot on this week's Official Vinyl Albums Chart as their new album Eton Alive earns the band their strongest week on the charts to date.

The Nottingham duo's 11th studio record is their first to reach the Top 10 on this week's Official Albums Chart, and is the top selling on black wax on the vinyl chart, outperforming U2's No Line on the Horizon, which lands at 2 following a tenth anniversary reissue. Check out the full Top 40 here.

Eton Alive is another politically charged offering from the pair that explores the current state of world politics. It's also the first on their newly formed label Extreme Eating and their first since parting ways with Rough Trade Records.

"This means a lot to us," they told Official Charts. "I mean, you just don't know how chuffed we are. Thank you to all who have supported us. This is a victory for music, a victory for independent labels and a victory for the Sleaford Mods."

Looking at this week's other Official Charts, prog metal band Dream Theater bag the top spot on the Official Rock & Metal Albums Chart with Distance Over Time. The New York band's 14th album finishes ahead of the latest release by thrash band Overkill and their 19th set The Wings Of War.

This week's best-selling cassette goes to London rapper Giggs and his fifth album Big Bad, while Julia Jacklin leads an all-new Top 4 on the Official Americana Albums Chart with her latest album Crushing, finishing ahead of Better Oblivion Communion Center, Yola and Our Native Daughters.