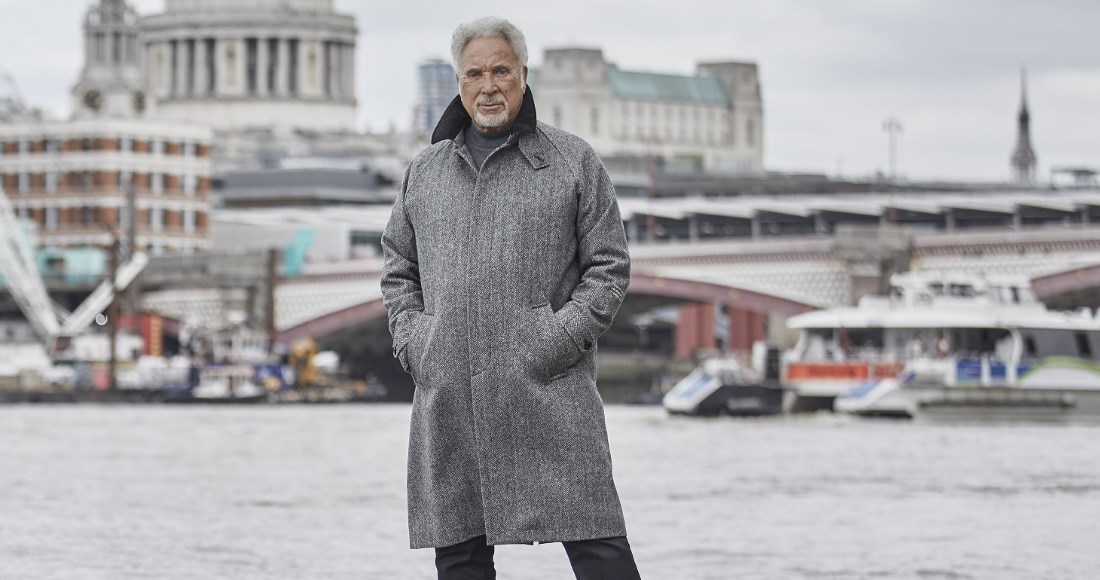 Sir Tom Jones is on course for his first UK Number 1 album in two decades with Surrounded By Time.

The Welsh icon’s 41st studio album leads today’s Official Chart Update (April 26), racking up the most CD and download sales over the past weekend.

Surrounded By Time is on track to become Sir Tom’s fourth UK Number 1 album, and first chart-topper in over two decades, since Reload hit the top in October 1999. That album went on to claim two further weeks at Number 1 in 2000.

John Lennon occupies the runner-up slot at the halfway stage of the chart week with the 50th anniversary edition of first solo album Plastic Ono Band. Originally topping out at Number 8 in 1971, the collection is heading for a new peak of Number 2. Similarly, The Who’s third studio album The Who Sell Out has been reissued and is also destined for a new chart peak of Number 4, bettering Number 13 that it reached in 1968.

Alt-rock band Dinosaur Jr. are in pursuit of their first Top 10 album in 28 years with Sweep It Into Space (9), while indie pop group Scouting For Girls could earn a fifth Top 10 with Easy Cover (10). Just outside the Top 10 and in line for their highest-charting album ever are Sunderland rock band Field Music with Flat White Moon (11).

Also chasing a place in Friday’s Top 40 are Motorhead live album Louder Than Noise… Live in Berlin (28), a reissue of ska band Selecter’s 1980 album Too Much Pressure (34), jazz musician Alfa Mist’s fourth record Bring Backs (35), and dance producer Chicane with his eighth studio album Everything We Had To Leave Behind (38).