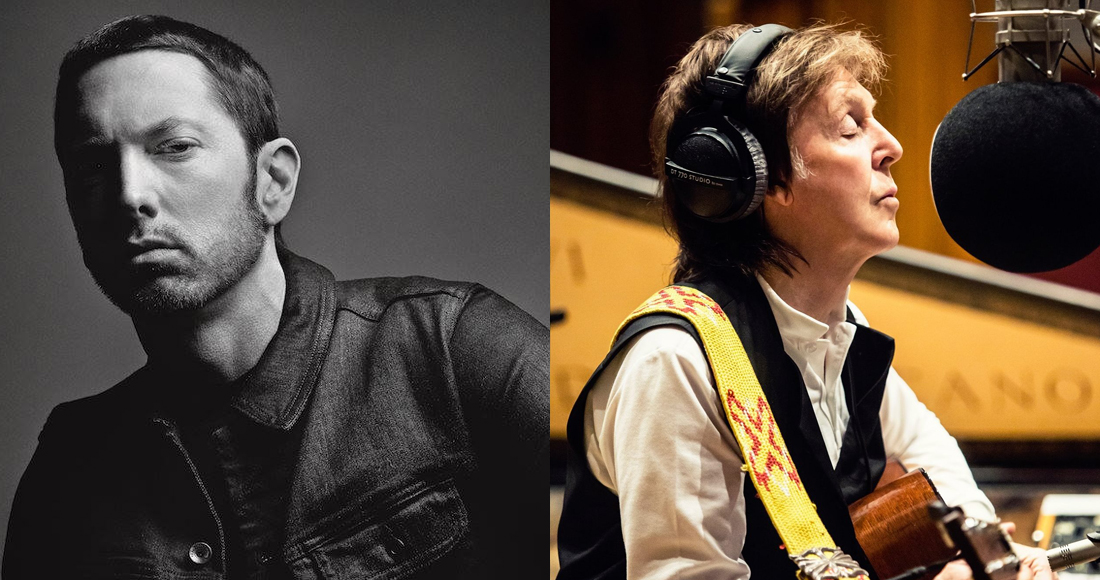 Sir Paul McCartney is taking on Eminem for the Number 1 spot on this week's Official Albums Chart.

The music icon's 18th solo album Egypt Station - released last Friday - is at Number 2 in the Official Chart Update, chasing Eminem, who is currently holding on to the top spot with Kamikaze.

In 2016 Official Charts presented McCartney with a Record Breaker award as the UK's most successful albums artist of all time, including his solo work and records with The Beatles.

Four more new releases are on track for a Top 10 debut this week. Spiritualized are looking good to land their first Top 10 collection in 17 years with new album And Nothing Hurt (6), Paul Simon's In The Blue Light - a collection of re-recordings of select lesser-known songs from his catalogue - is at 7, T.Rex box set Gold starts at 8, and Maryland rockers Clutch could score their highest charting album yet in the UK with Book Of Bad Decisions (10).

Currently just outside the Top 10 at Number 12 is a Live At The Royal Album Hall orchestral album by rock band Alter Bridge, and Lenny Kravitz's 11th album Raise Vibration opens at 13.

Further down, Paul Carrack's These Days (18), Teleman's Family Of Aliens (19), and a reissue of Led Zeppelin's 1976 live album The Song Remains The Same (20) could all make a Top 20 debut this Friday.

Following the tragic passing of US rapper Mac Miller over the weekend, his latest album Swimming is set to reach a new peak this week, currently at 23. More on this here.

Finally, Soft Cell boxset Keychains & Snowstorms (30), and Yes' Live At The Apollo album (32) could both be entering this week's Official Albums Chart Top 40.