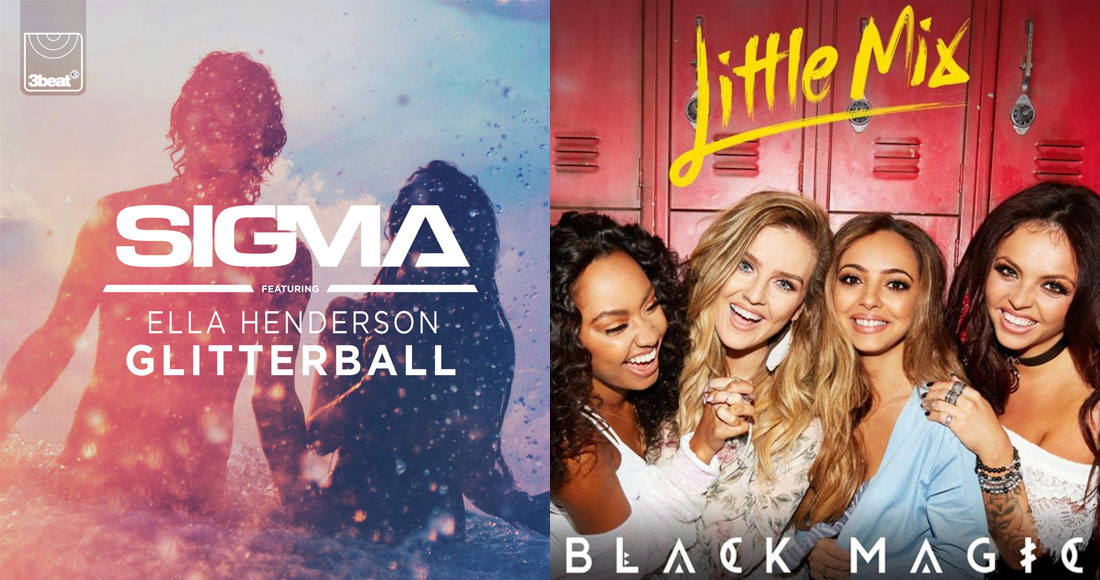 Black Magic currently leads the way, but with Glitterball just 2,500 copies behind at the halfway point, it’s all to play for.

Sigma have previously topped the Official Singles Chart with 2014’s Nobody to Love and Changing feat. Paloma Faith, while Ella Henderson claimed the Number 1 spot with her debut release Ghost in June last year.

Years & Years’ Shine holds firm at Number 3 in today’s Update, followed by Lost Frequencies’ Are You With Me (4) and David Zowie’s House Every Weekend (5).

Former JLS singer Aston Merrygold is heading for his first solo Top 40 with new single Get Stupid (16), while Foxes is set for a fifth with Body Talk (17).

Shaggy could be on track to re-enter the Top 40 for the first time in almost 13 years with new single I Need Your Love feat. Mohombi, Faydee & Costi, at Number 39 today, followed by Bring Me The Horizon’s Throne, at 40.

Finally, former chart-topper Ellie Goulding’s Love Me Like You Do climbs 11 places to re-enter the Top 40 today, landing at 35.