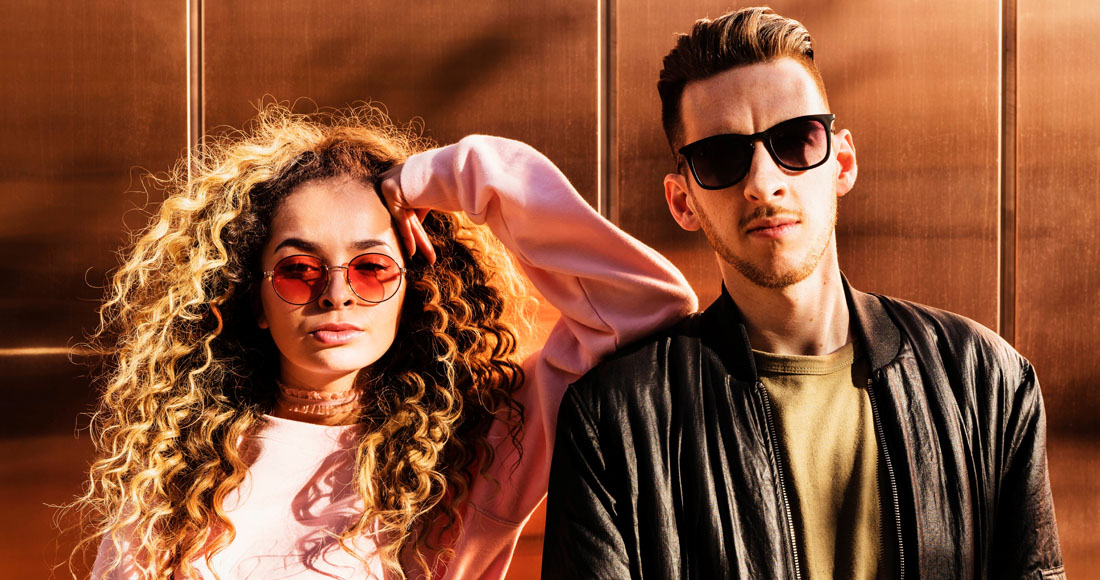 It's been almost two years since Sigala landed at Number 1 with his debut single Easy Love.

Since then, he's become pretty dependable for a dance-pop banger; follow up singles Sweet Lovin' and Say You Do both dominated the charts and the airwaves last year - and then there's his successful collaborations with Craig David and Nile Rodgers.

So far, so good. Now, he's keen to break out of the 'anonymous DJ/producer' tag and make a name for himself as a go-to songwriter and hitmaker (with the exception of Easy Love, he's co-written all his hits).

The first step is releasing his super summery collaboration with Ella Eyre, called Came Here For Love, which is out today (June 9). And as you'll discover below, you'll be hearing a lot more from him this year - whether it be his own material or producing for some serious pop heavyweights...

Hello Sigala! You have a new single out today. That's quite exciting, isn't it?

“I’m really, really excited about it. The last few releases feel like they’ve been more collaborative – Craig David, Digital Farm Animals and the Hailee Steinfeld/Kato song – but this one feels more like my record, if you know what I mean. I'm so happy it's coming out - hopefully it'll be the first of many this year.”

We get it - you're the headline artist! And it's a big song. How did it come together?

“It was written with Bryn Christopher originally, who sang Sweet Lovin’. He’d pretty much written all the vocals and came to me with the idea for the song. We developed it from there and thought about getting Ella on it - we share the same manager. She helped us finish the song. The difficult thing with Bryn is he comes in with that crazy voice of his, so it’s about finding someone to match that. Ella’s one of the few people who can do that.”

It's a very summery and feel-good track, which you seem to have a knack for. What are the essential ingredients for a feel-good dance pop banger?

“It’s hard to think about it like that, to be honest. The best songs come about when you’re not thinking about it too much. That’s what happened with Easy Love. At the time that was the first song I’d made in months where I didn’t really know why I was doing it, other than for fun. Before that, I’d spent ages writing songs and pitching them out to artists with no luck.

"The made thing I’ve learnt is to find a song or idea that makes you feel good. If I’ve enjoyed working on it, people tend to feel the same way when they're listening to it.”

What's the best bit of Came Here For Love?

"The hands in the air moment is probably the ‘came here for love’ lyric. It’s not the drop, but it’s the building up to it moment. It’s got the pianos and Ella’s amazing vocals. It’s the bit that puts a smile on my face anyway!"

Now you've got a handful of hits under your belt, you're in demand to work with other big pop acts, including The Vamps, John Newman, Flo Rida and Kylie. Do you consider yourself a songwriter before a producer/DJ?

“It’s funny how things turn around – no-one wanted my songs before. Now suddenly people are interested! It’s great to be able to branch off and do different things for other people. It keeps things interesting for me.

"I have so many songs I write just because I love writing songs. They aren’t necessarily right for me, so it’s nice to give them a home somewhere else. Also, to be able to work with people I’ve been a massive fan of for ages is a dream come true. It’s something I definitely want to do more of this year."

Is the dream to become a world famous songwriter?

"I feel like I’ve got something to prove. There’s hundreds of DJs and a lot don’t even make their own music. I feel like I’ve got a skill and I want to show people I can be diverse. I can write music for myself and other people. The DJ thing is really only a bi-product of writing songs, so to be able to do that is the dream."

How does someone like Kylie approach you about doing a song?

“In that case it was through the co-writers of the song. This song, which is hopefully going to be a Kylie single, I actually wrote for myself with a woman called Gina KushKa and these songwriters called The Invisible Men, who worked with me on Say You Do.

“I always loved the song but I wasn’t sure it was right for me, so I asked them to help find another home for it. They’d already been working on songs for Kylie – they played me loads of stuff they’ve done for her album the other day – so that was a good in with her and her team. They played her the song and apparently she loved the song from the word go."

That’s kind of amazing isn’t it? Imagine have a place in Kylie's discography?

“It’s really bizarre for me! She was and still is one of the biggest names in pop. I haven’t met her yet, but hopefully we will when we finish off the song.”

You mentioned earlier that Came Here For Love is the “first of many singles” coming this year. What’s the plan? Will you be pulling a Calvin and releasing a new single every month?

“I think so! Okay, maybe not every month, maybe every couple of months. I’ve been working hard and I don’t want to see this music just sat on my computer not doing anything. My label Ministry of Sound are really supportive and want to do the same as me. Hopefully we’ll get three or four out over the summer/autumn. Whatever’s left will go on an album.”

So there is going to be an album then?

“I think so, yeah. It’s not something I’ve really thought about loads yet. To be honest, because I’ve been able to release so often, it hasn’t been an issue not having an album. I’ve nearly released an album’s worth of material already. It would be nice to have a body of work though and sign the last couple of years’ work off. It also gives me a chance to develop my sound and come up with some new crazy stuff."