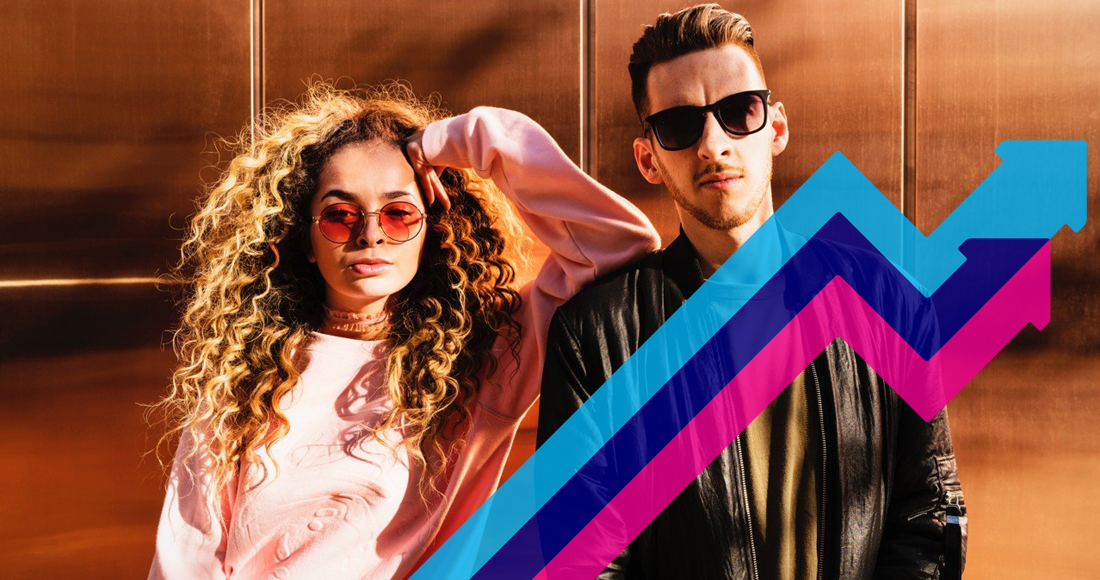 The song tops the list of tracks making a big impact in the UK this week, based on movement up the Official Singles Chart. Came Here For Love was the official theme song of London's Gay Pride celebrations last weekend (July 8), and could now enter the Top 10 on the Official Singles Chart for the first time this Friday. As things stand, it's currently up seven places to Number 5.

Sigala told Official Charts: "Recording came here for love with Ella was so much fun, I've always loved her voice and we had a great time in the studio together. I wanna say a huge thanks to everyone who has streamed, played, and shared the track so far this summer."

Should it hold on to its placing by Friday's Official Singles Chart reveal, Came Here For Love will earn Sigala his fifth Top 10 single and Ella her third.

GUYS 😱 #CHFL is the official London Pride song 🌈🌈🌈 SO happy & proud to be involved in a song that represents such an amazing community 💙❤️💚💛 pic.twitter.com/V7SOLMyfFw

Meanwhile, Zedd & Liam Payne's new single Get Low garners a high placing on the Official Trending Chart following its release last Friday. Both artists have separately topped the trending Top 20 this year: Zedd with his Alessia Cara collaboration Stay in April and Liam's debut single Strip That Down in May.

Finally, Haim's Want You Back appears on this week's trending tally following the release of their new album Something To Tell You, and the title track of Jay-Z's 4:44 album is impacting after the record was made available on select streaming services following its week-long exclusive on Tidal.