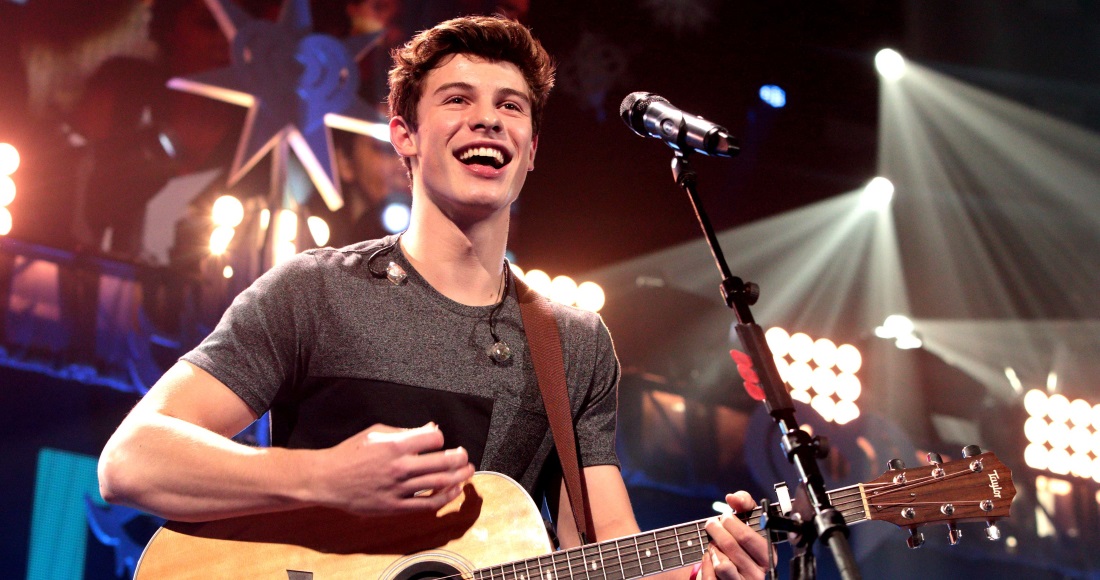 After a very close race with Justin Bieber’s Love Yourself all week – separated by 621 chart sales at the mid-week stage - Mendes takes the top spot with the track, finishing just over 1,500 combined chart sales ahead of his fellow Canadian singer.

Stitches has enjoyed a slow but steady climb up the Official Chart, first entering the Top 100 at 97 17 weeks ago in October last year, eventually hitting the Top 40 six weeks ago in December.

Bieber remains the king of streaming however, with Love Yourself notching up 3.72 million plays this week compared to Mendes’ 3.05 million.

Meanwhile, Bieber’s previous single Sorry holds firm at Number 3, and the before that, What Do You Mean, remains at 4.

Rounding off this week’s Top 5 is 99 Souls, who jump four places to reach a new peak with Girl Is Mine for its eighth week inside the Top 40.

Two tracks enter this week’s Top 10 for the first time: London-based production duo Snakehips climb three places to Number 8 with their Tinashe and Chance The Rapper collaboration All My Friends, and Major Lazer ft Nyla’s Light It Up moves from 13 to 10.

Craig David & Big Narstie’s When The Bassline Drops shifts three spots to a new high at Number 12, The 1975 land their highest charting song yet at 15 with The Sound, and Little Mix zoom 18 places to Number 16 with their Jason Derulo duet Secret Love Song.

Further down the tally, Kygo’s Stay leaps from 40 to Number 27, Ellie Goulding’s Army makes its Top 40 debut at Number 35, US rockers X Ambassadors earn their first UK Top 40 with Renegades at 38, and Swedish star Zara Larsson makes her solo Top 40 debut with Lush Life at 40.