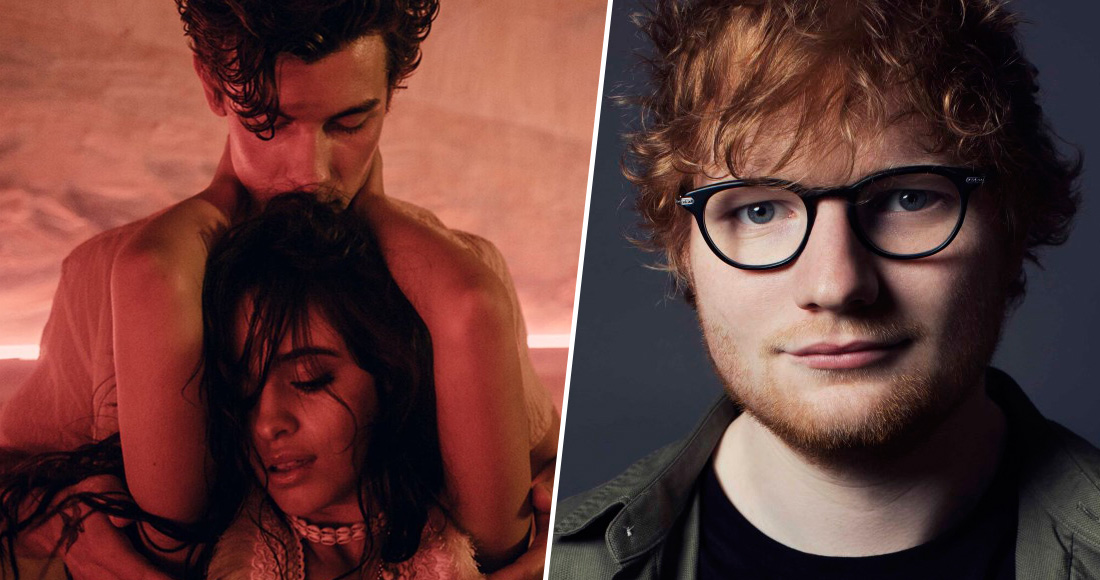 Shawn’s first and Camila’s second Irish chart-topper, Senorita salsa-dances past its nearest competition with a lead of 1,200 combined chart sales over Ed Sheeran.

Following his headline slot at Glastonbury, Stormzy lifts five places with Crown to a new peak of Number 9.

Chris Brown, Justin Bieber & Ink make a splash with Don’t Check On Me at 40, and finally, Ellie Goulding’s latest offering Hate Me with Juice WRLD starts out at 44.