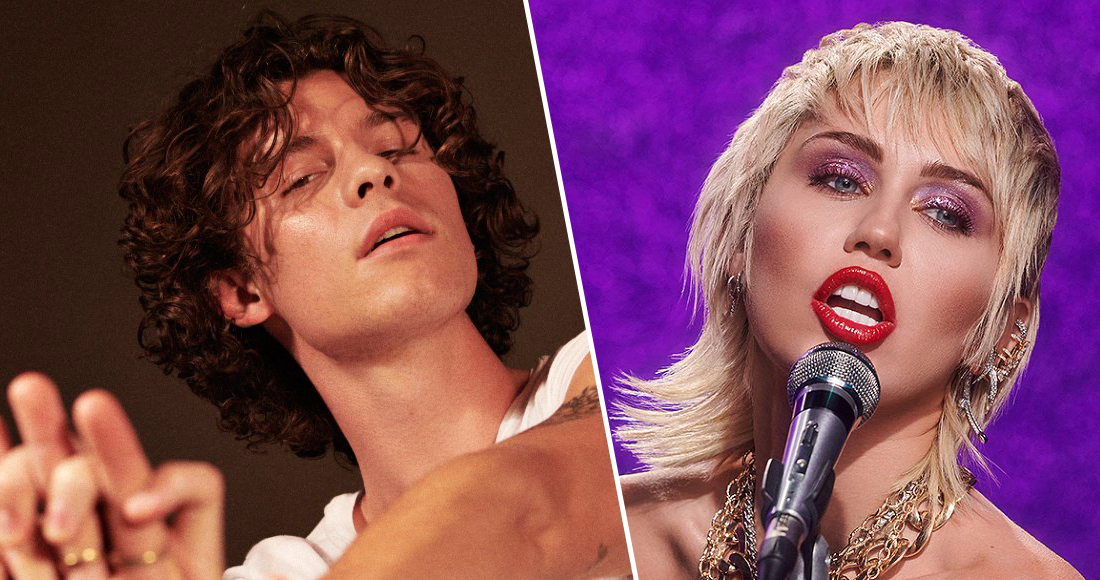 The title track from the Canadian’s new album (out December 4) debuts at Number 15, his 11th Top 50 hit.

At Number 1 for a fourth straight week are 24kGoldn & Iann Dior with their hip hop anthem Mood.

Also making a big impression this week is Miley Cyrus, who impacts at Number 17 with her cover of Blondie’s Heart of Glass. Also in this week’s Top 20 is Robert Grace, rising nine spots to Number 20 with Fake Fine, which is Number 1 on the Official Irish Homegrown Chart for a second week.

A big new entry this week comes from Mississippi producer Diplo & proteges signed to his Mad Decent record label Sidepiece with On My Mind at Number 26, while Dua Lipa’s Levitating returns to the Top 50 to a new peak of Number 29 following the release of a new remix ft. US rapper DaBaby.

Love Island UK star Wes Nelson makes his debut chart appearance with Hardy Caprio collaboration See Nobody at Number 33, and there’s a welcome return of Fleetwood Mac to the Official Irish Singles Chart with their classic track Dreams at 34, captivating a new generation of fans thanks to going viral on TikTok.