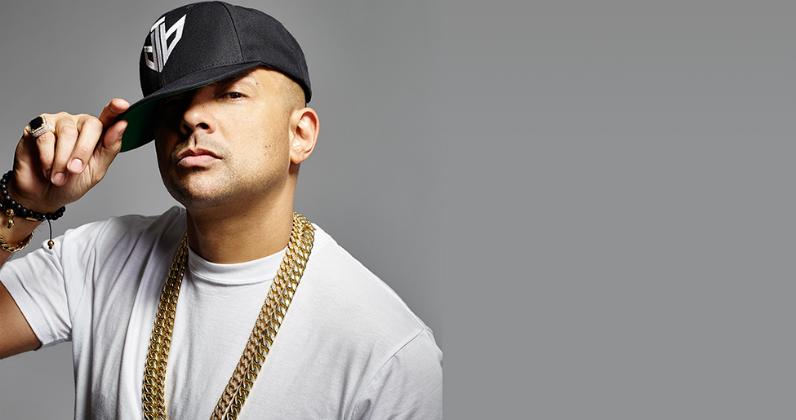 Long before Pitbull was a twinkle in J-Lo's eye, there was only one guy you could rely on to add a banging feature to your wannabe hit single. Step forward Sean Paul!

But Jamaican rapper/singer/producer/megastar Sean Paul is much more than a cameo – he's had plenty of hits all by himself too. And he's been pretty busy lately: following a string of hits over the last few years, he's announced six UK arena shows for this summer, kicking off in Hull's Bonus Arena on May 28. Tickets go on sales Friday, February 15. The full list of dates are:

To celebrate his never-ending flurry of activity, we look back at his biggest dutty hits.

Before we get to the nitty-gritty of the list, some of the highlights over the last 17 years of Sean's illustrious pop career. See where every single one of Sean Paul's singles landed in the UK chart here.

The song that started it all, this was Sean's first UK hit back in 2002, peaking at 32. But that wasn't the end of it – it was back in 2003 for another crack at the big time and had more success, reaching Number 5. It's perhaps been since eclipsed by the bigger hits in his repertoire, but still sneaks into his Top 20 at 20 with 187,000 combined sales.

Gimme the Light was his first hit, but Get Busy really made the world sit up and take notice. The dancehall track's success was helped by that distinctive beat that sounds like really fast clapping – known as the "Diwali Riddim", fact fans – that was a huge sound in the early Noughties, and behind many other big hits. Despite its huge success, reaching Number 4, Get Busy only stuck around in the Top 40 for six weeks (five of those in the Top 10). With 504,000 combined sales, including 23.7 million streams, it's his tenth biggest single overall.

This big one got even busier than, um, Get Busy. It went all the way to the top! Sean's first Number 1, thanks to the sassy dulcet tones of Blu Cantrell and the scorching summer of 2003, where R&B ruled supreme. Mariah was getting down with Busta Rhymes, Beyoncé was going Crazy in Love, and Sean and Blu were ruling the charts for a whole month. With 803,000 combined sales, placing fifth overall.

From Blu to Bey – 2003 was a good year for Sean. This follow-up to Beyoncé's Crazy in Love peaked at Number 2 and the pair got to rock Edinburgh to its very foundations with this performance at that year's MTV EMAs, which were held in the Scottish capital. It comes 11th with 321,00 combined sales – but it's worth bearing in mind that singles sales were battling the rise of illegal downloads around that time.

We're fast-forwarding a few years with Sean's first Top 10 hit for seven years. He may not have had a Top 10 for a while by this point in 2012, but he lost none of his swagger, showing off his mohawk haircut and hanging out with – who else? – lovely ladies, in an airport. She Doesn't Mind peaked at Number 2, and has shifted 564,000 combined sales to finish seventh on his all-time chart.

Another Number 1 for Sean, made even more momentous because it was the very first chart-topper for the Saturdays. This solid gold banger, which even Sean looks like he can't quite believe is happening, comes in eighth with 545,000 sales.

OK, so while Sean may not actually take an official credit on this song, you can't deny his magical presence on this massive tune, which spent 16 weeks in the Top 10 and still gets regular radio play. It's easily his biggest track with a whopping 2.1 million combined sales, including 163 million plays. Blimey!

*Based on combined sales and streaming equivalent sales. Songs on which Sean Paul features but isn't officially credited have been included.