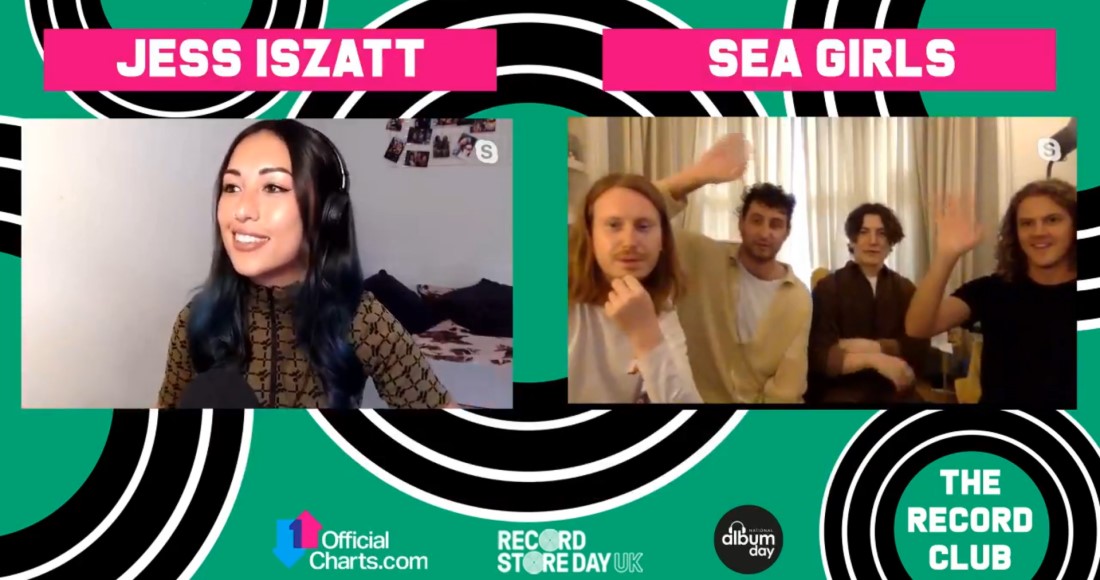 Sea Girls joined us on this week's Record Club to talk all about their debut album Open Up Your Head.

All four members of the band appeared live on stream to talk through the recording process, their excitement to return to live shows, and what items would be on their dream rider.

Watch the full interview below.

Open Up Your Head was released on August 14, and debuted at Number 3 on the Official Albums Chart - something the band describe as "a jolly old time" - while the album also reached Number 1 on the Official Record Store chart.