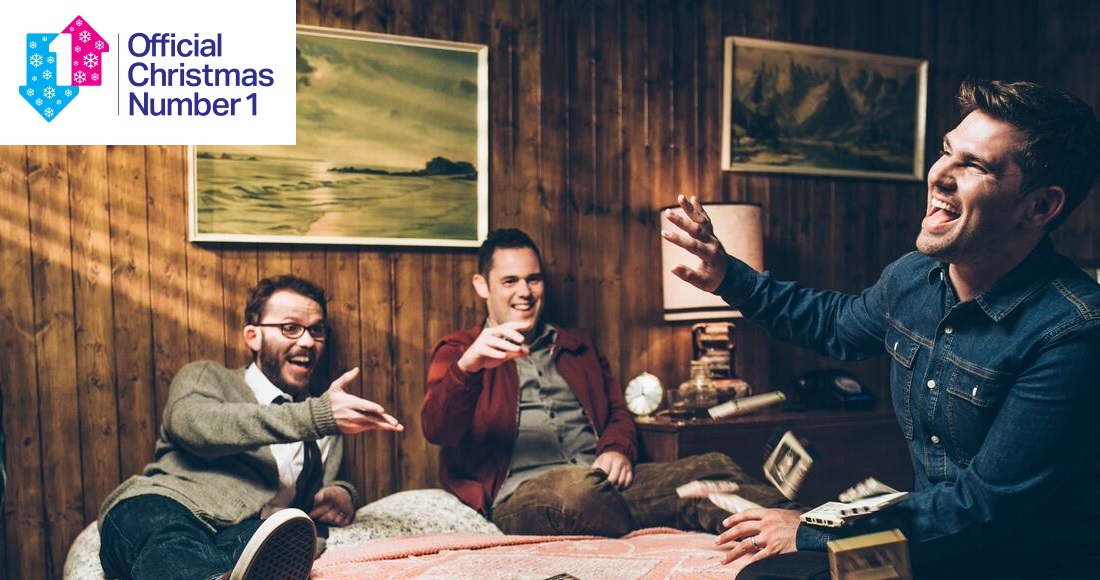 “I've always wanted to write a decent Christmas tune,” admits Scouting for Girls’ frontman Roy Stride. “I've tried many a time but this time I think I finally succeeded.”

And indeed he has; this year the three-piece London band join the race for the Christmas Number 1 spot with their jaunty acoustic-pop offering, Christmas Is In The Air (Tonight). “It’s a song about being with your friends and falling in love,” gushes Stride. Read about all of this year's contenders here.

MORE: Remind yourself of every Christmas Number 1 ever

He says the idea was borne from a night he recalls as a teenager when the Christmas lights were turned on in his hometown: “I remember they closed the high street to traffic and every one came out to party.”

“We love Christmas. We’ve often toured at this time of the year and the atmosphere around the country is just so lovely,” he continues.

Christmas Is In The Air (Tonight) may well tug at your heartstrings with its overtly romantic message, but at the same time it’s a tune which celebrates good old fashioned, rosy-cheeked Christmas cheer, in particular those evenings spent down the local with your old school friends.

“Life is too short and Christmas gives us a chance to be really appreciative and be with our loved ones, says Stride, when asked for his take on Christmas spirit.“I love it. I'm on tour for the beginning of the month having the time of my life and then I get to go home for a long holiday with my family. My kids are 5 and 6 so the magic of Christmas is very much alive in the Stride household!”

MORE: Official Charts Christmas Quiz - how well do you know your festive songs?

He says that his year he’s looking forward most to turning the band’s shows into one long Christmas party: “We come onstage for the encore in light up Christmas jumpers singing the future Christmas Number 1!”

Back to the small question of winning the race, does he think the band stand a decent chance at grabbing the crown? “We will be Christmas Number 1,” asserts Stride, before adding that he knows they’ll have to beat off competition from the likes of Justin Bieber and The X Factor winner first. “We’re currently 66-1, but it's a long game...”

Christmas Is In Air (Tonight) is out now.

Click through every Official Christmas NUmber 1 in our gallery below: