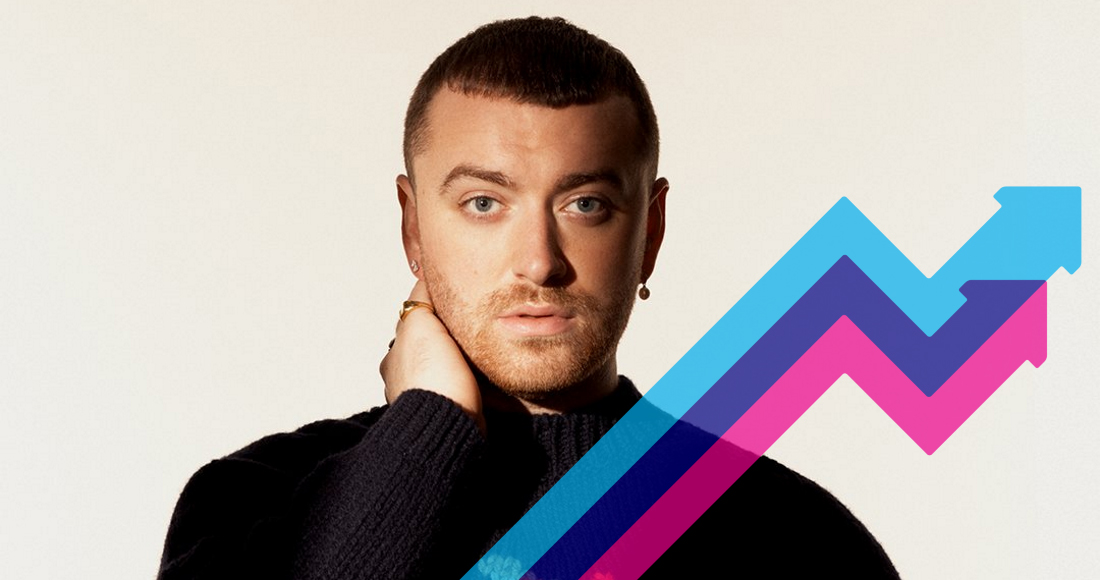 Diamonds by Sam Smith moves up to Number 1 on the Official Trending Chart as the singer eyes up a potential entry into this week's Top 10.

Diamonds has clocked up over 14 million audio and video streams to date in the UK, and in its eighth week on the Official Chart, could potentially reach the Top 10 for the first time.

Elsewhere on the UK's taste-making Top 20, there are two entries apiece from Little Mix and Kylie Minogue, who are both vying for this Friday's Number 1 album. Little Mix are making an impact with title track Confetti - set to enter this week's Top 40 - and promo single Happiness, while Kylie's vinyl release of singles Say Something and Magic from Disco are projected to land the pop icon her 52nd and 53rd Top 40 singles.

British rapper Giggs also lands two Trending songs: Straight Murder (Giggs & David) a collab with Dave, and Buff Baddies - both from his latest mixtape Now Or Never. UK acts Abra Cadabra and Dutchavelli each see new tracks making an impact with music fans across the country, while Australian rapper The Kid Laroi rises 20 with So Done.