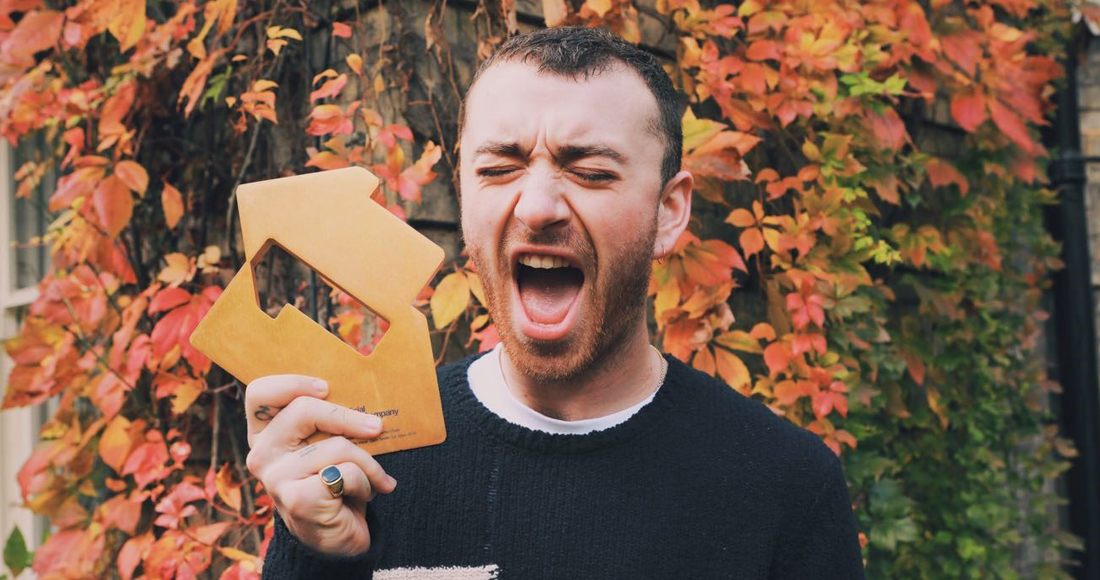 Congratulations to Sam Smith, who lands straight in at Number 1 on the Official Albums Chart with The Thrill Of It All.

The singer-songwriter shifted 97,328 across all formats to claim this week’s top spot. 64% of the album’s sales this week were physical copies, 21% were downloads and 14% were streaming equivalent sales.

“My heart is so full and happy with this new," Sam told Official Charts. Thank you to every single person who has got The Thrill Of It All – this is a dream come true for me, thank you.”

The Thrill Of It All becomes Sam’s second Number 1 on the Official Albums Chart, following his 2014 debut In The Lonely Hour, which returns to the Top 20 this week, up six places to Number 15 for its 114th week in the Top 40.

Also new at Number 2 this week is a new Roy Orbison album, called A Love So Beautiful. The album, a collection of his best-known songs and fan favourites reimagined by the Royal Philharmonic Orchestra, equals 1989's Mystery Girl as his highest ever album chart position for a studio album. Two of his greatest hits collections have previously hit the top spot (1975's The Best Of... and 1988's The Legendary...).

Actress and singer Sheridan Smith lands at Number 9 with her debut album Sheridan, a new Bryan Adams retrospective, Ultimate, is new at 11, and Maroon 5 just miss out on a Top 10 debut for Red Pill Blues at 12.

Elsewhere in this week’s Top 20, South London rapper Dave is enters at 13 with his Game Over EP, Welsh singer and radio presenter Aled Jones opens at 17 with his final record in his One Voice trilogy, One Voice: Believe, and Harry Styles’s self-titled debut vaults from 38 to 19 following his recent BBC special.

Futher down, Bob Dylan's Trouble No More - The Bootleg Series 13 is at Number 21, London Grammer’s The Truth Is A Beautiful Thing leaps 18 places to return to the Top 40 at 32, and Norwegian DJ/producer Kygo bows at 35 with his second album Kids In Love.