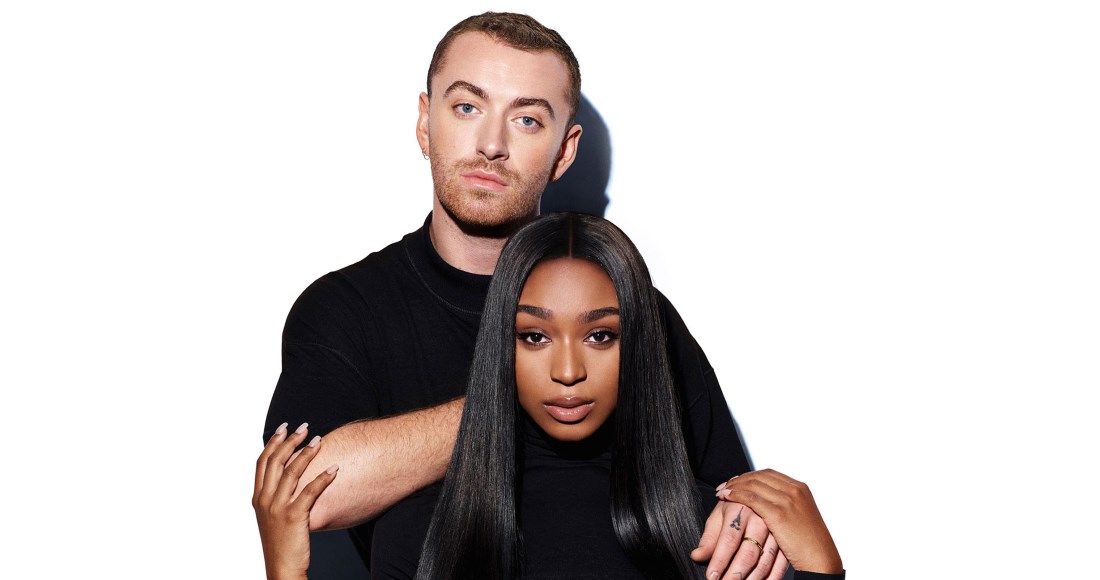 Sam Smith & Normani are set to make a strong debut on this week’s Official Singles Chart with their brand new collaboration.

Dancing With A Stranger, the soul singer’s new collaboration with the former Fifth Harmony vocalist, starts at Number 3 on today’s Official Chart Update, based on streams and downloads from this past weekend.

If the duo keep up their momentum, Sam will claim his ninth Top 5 hit, while Normani will collect her first as a soloist and third overall including Fifth Harmony’s hits Worth It and Work From Home.

Ava Max leads today’s midweek update with Sweet But Psycho, while Mark Ronson and Miley Cyrus are on track for a new peak with Nothing Breaks Like A Heart, currently up a place to Number 2.

A further two new entries could impact this Friday’s Top 10. Westlife’s first single in eight years, Hello My Love, has achieved the most downloads over the weekend and opens at Number 7, while Calvin Harris and Rag’n’Bone Man’s Giant is eyeing a Top 10 debut at Number 8.

Jax Jones has a fourth Top 10 hit in his sights as Play ft. Years & Years rises two to 9, while another producer, French DJ Gesaffelstein, is on the cusp of his first UK Top 40 appearance – Lost In The Fire featuring The Weeknd starts out at 15.

Finally, there could be a further two new entries into the Top 40 this week. Longshot, the lead single from Catfish & The Bottlemen’s upcoming third album, is at Number 22, and Lewis Capaldi has leaped 31 spots to Number 35 with Someone You Loved.