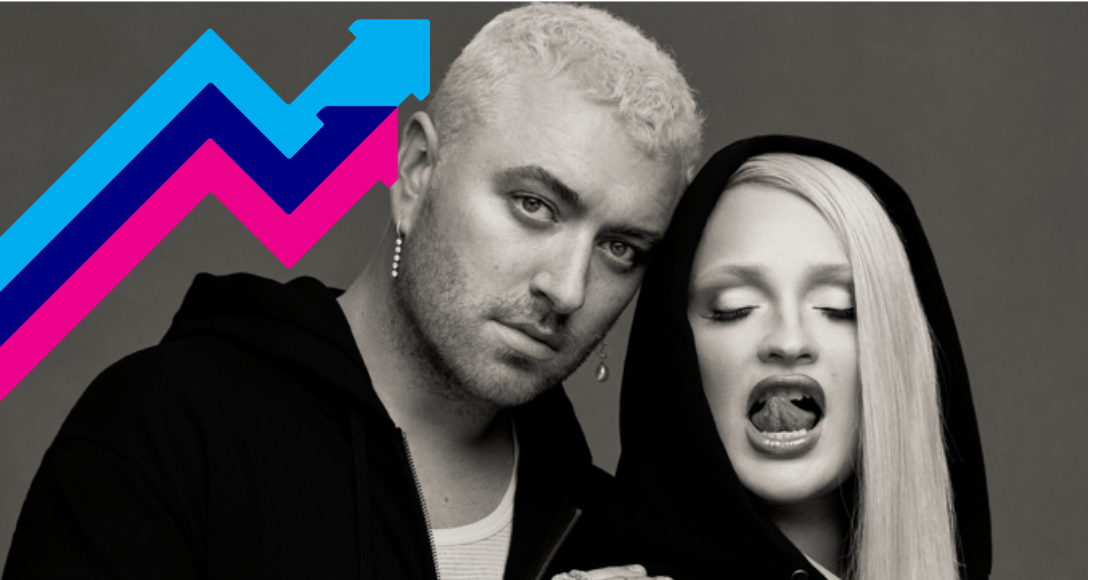 Popping from the body shop to the club, Unholy is juddering, electro-pop song that sees Sam and Kim twisting their vocals over an EDM beat courtesy of Max Martin prodigy Ilya (Into You, Love Me Like You Do), Cirkut (Sweet But Psycho) and Jimmy Napes (Latch, Stay With Me).

The track is currently pacing for a Top 10 debut on the Official Singles Chart, and in a two-way race for Number 1 with David Guetta & Bebe Rexha's current chart-topper I'm Good (Blue).

It would be Sam's 12th Top 10 in the UK (and first in three years), as well as the first for Kim, a stunning moment for the trans pop-artist who has been on the verges of a commercial breakthrough for several years.

MORE: Who Is Kim Petras?

Stormzy could also be looking for a big debut this week with his epic, 7-minute single Mel Made Me Do It. His first release since signing to 0207 Def Jam, the song is named after Stormzy's stylist Melissa Holdbrook-Akposoe, (Melissa's Wardrobe) and comes accompanied by an impassioned music video featuring various Black cultural figures of note, from Dave and JME to author Malorie Blackman and the family of the late Jamal Edwards.

There are further new entries this week from D-Block Europe (4 The Win and Burna Boy collab She's Not Anyone) who are also pacing towards their first-ever UK Number 1 album with Lap 5, as well as Lil Nas X's energetic new track (Star Walkin') and 21 year old starlet Venbee, who hooks up with producer Goddard for their new viral hit (Messy In Heaven).

Elsewhere, this week's big climber on the Official Trending Chart is Sam Fender's Getting Started, getting a second-wind thanks to the release of a new remix by Chase & Status.

And finally, Dermot Kennedy's Kiss Me could break into the UK Top 40 this week, ahead of the release of his second album Sonder in November.