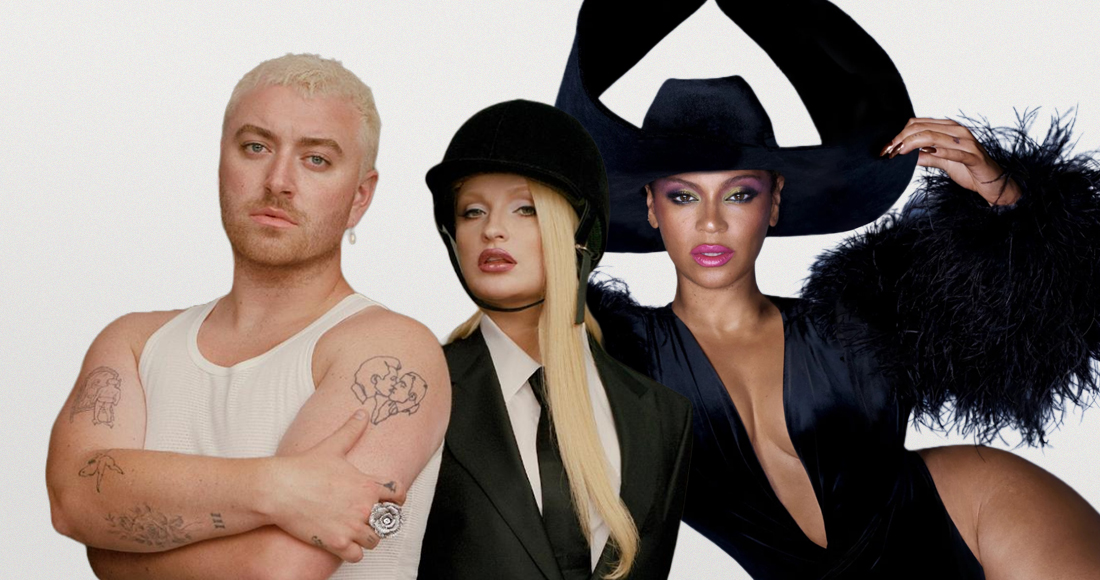 Sam Smith and Kim Petras reign atop the Official Singles Chart for a third consecutive week with their hit Unholy.

The track now levels with Sam’s 2017 single Too Good At Goodbyes as their second-longest-running Number 1 hit, with both songs boasting three consecutive weeks at the top. But could Beyoncé give the pair a run for their money next week? 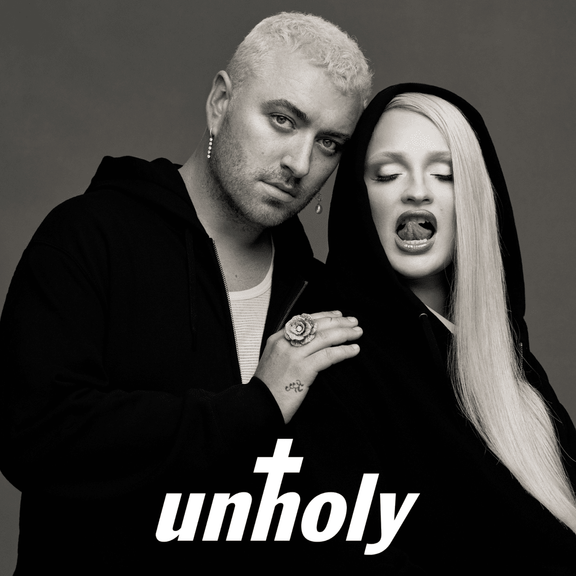 MORE: The Official Top 40 biggest songs of 2022 so far revealed

The star’s latest single CUFF IT (5) jumps five spots to break the Top 5 for the first time this week in the track’s eleventh week on chart after proving a viral smash on social media.

Elsewhere, Anne-Marie and Aitch’s PSYCHO continues its ascent up the Official Singles Chart to bag a new best, breaking the Top 10 for the first time (9). It’s Aitch’s first of three appearances in this week’s Top 40, with Ed Sheeran collaboration My G (14) and Tion Wayne team-up Let’s Go making its debut (30).

The TikTok effect sees Tom Odell’s Another Love lift 5 spots to Number 13 this week after the song began trending alongside protest videos, including by Iranian women in response to the death of 22-year-old Mahsa Amini. Another Love rises to its highest chart peak since July 2013.

A flurry of singles boast new peaks throughout this week’s Top 20; Lizzo’s 2 Be Loved (Am I Ready) (16), Afrobeats star Rema’s Calm Down (17), Burna Boy and Ed Sheeran’s For My Hand (18) and Irish singer-songwriter Cian Ducrot’s All For You (19). Venbee and Goddard’s trending track Messy In Heaven continues to rocket up the chart, vaulting 18 spots (20).

Other tracks on the ascent and enjoying new peaks this week are Fred Again.. and Swedish House Mafia’s Turn On The Lights Again (27), Omar Apollo’s Evergreen (You Didn’t Deserve Me At All), Jax’s breakout single Victoria’s Secret (33), Warm by K-Trap (34), and All These Nights leaps 27 places for Tom Grennan (37).

Dermot Kennedy’s latest single Kiss Me proves to be one to watch as it soars up the chart, jumping 14 to a new Number 39 best, becoming his sixth Top 40 hit. And finally, Lil Nas X sees Star Walkin’ become his seventh UK Top 40 hit to date after climbing two to Number 40.