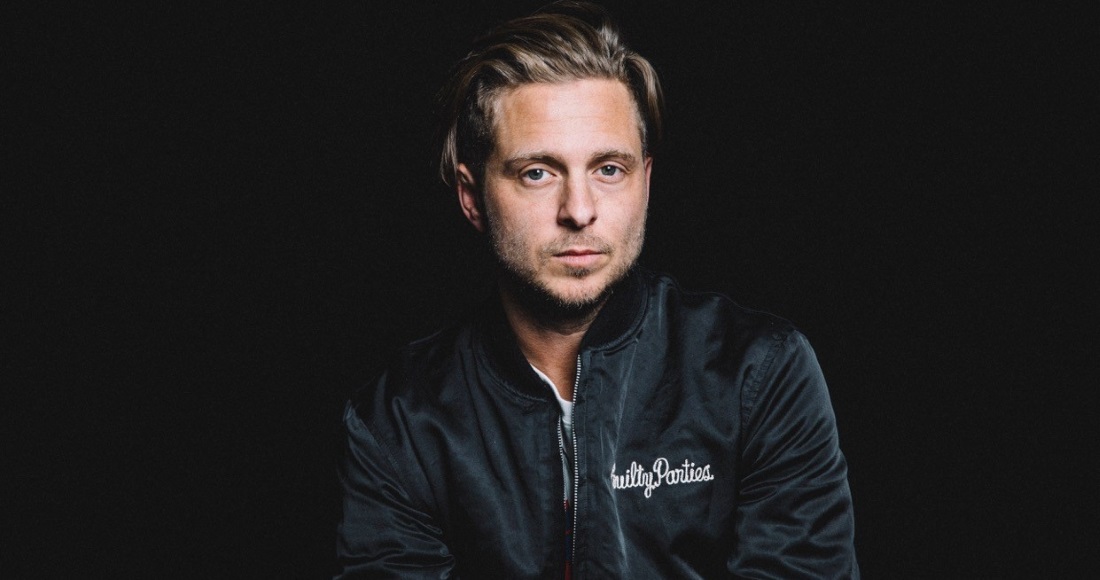 Ryan Tedder is a very busy man. If he's not writing with other artists (some of the latest of which he mentions below), he's touring the globe with his OneRepublic bandmates.

The group release their fourth album Oh My My next month (October 7), the follow up to 2013's Native - the album that included worldwide smashes Counting Stars, If I Lose Myself and Love Runs Out.

So how do you follow a record with hits as all-encompassing as those? For one thing, Ryan & Co. have taken their time; and as he explains below, he's not one to repeat himself...

Hello Ryan. We just heard you covering Adele's Send My Love for Radio 1's Live Lounge. Given you've worked with her before, do you feel like you have to give her a heads-up about that sort of thing?

"That Live Lounge was fun and completely scary as I lost my voice having dinner with my label in a noisy restaurant that night before. I texted Adele and her assistant to say, ‘I’m just going to tell you we're doing this!’ I’ve never covered Adele before and the only song I really know back to front from her new album is that song. If you cover Adele you definitely don’t want to suck, but I was happy with how it turned out."

We've seen a lot of you in the UK lately but not the rest of the band... are you putting in all the hard work on their behalf these days?

They're here! I do some jaunts by myself because after years of doing this, you realise that shipping five guys around when you’re also playing shows all over the world is too difficult. I volunteered up about a year ago and I said, 'moving forward, just send me.'"

Your new single Kids is really good and seems to be connecting with the wider general public as well as OneRepublic fans. Have you noticed that too?

“I’ve actually been getting texts from other artists about it saying they like it, which has been rather astonishing. Sonically it’s a bit of jog to the left from songs like Counting Stars and Love Runs Out, but that’s the point. If you’re not going to try and switch lanes and switch it up, then what’s the point? I don’t want to jinx it, but I have a good feeling about this one."

It stands out when it's played on major radio stations, partly because you've recorded it using actual real life instruments, which a lot of pop acts aren't doing these days.

"It’s such a sad thing to say, but it’s true. That’s also the case for a lot of songs on the album. We thought f**k it, if we can figure out a way to make songs good enough that feel modern but have humanity in them… if the song’s good enough, it can work. We’ve stuck to that mantra. It’s a very diverse album, but when you start hearing some of these songs, the humanity is there – that’s what took so damn long to make it. It’s much easier to throw something together on a laptop. Hopefully things work in our favour with this one."

Because it's so different to the current sound on pop radio, does that make it harder to get the songs 'out there', so to speak?

“I know what you mean, but I did hear we went straight to the B List on Radio 1. I don’t know the history of that but someone told me that only happens once or twice a year. You can’t predict anything, but I’m convinced again that if it’s honest and different… it’s far better to release something that doesn’t sound like what’s on radio than it is to chase the current sound."

Do you think bigger acts like OneRepublic have a responsibility to be brave and go against the grain of what's current and keep pushing new sounds forward?

“I agree. At the end of the day – and I don’t want to say this as an insurance policy - any song you do, if it’s good enough but radio stations aren’t working with you, you can always get a song remixed. There are brilliant guys that do it. We do it with practically every single and there’s no shame in that. Lead with your strong foot before you call in the DJs though. Speaking of, I’m going in the studio with The Chainsmokers in like ten days. I absolutely love them. Calvin too - I sent him a song recently that I hope he’ll make with me because I worship him. You said it best though, it's our responsibility to be the brave ones. I’m stealing that quote from you!”

We heard some demos from OneRepublic's new album a few months ago, and things were sounding very promising indeed. How's it coming along?

"This sounds very self-appreciative, but the songs that sounded good then sound great now, and the songs that were an 8/10 we’ve dialed up to 11. These last four months have really changed so many songs – at least three new songs have come into existence in the last two months that have completely changed the album. The 11th hour is always the most critical for us. I was mixing the last song for it at 2am last night, and now it’s done and I couldn’t be happier with it. My head’s already in figuring out the live show and, of course, working with some other artists."

You spoke about some very intriguing collaborations, including Peter Gabriel. Have these made the album?

"They’re all still there! Romy from the xx and Peter Gabriel… the Peter Gabriel track is turning out within the record label and band to be everyone’s favourite song. What he did on this record is unbelievable – I get goose bumps when I listen to it."

Peter Gabriel doesn't jump on any old song; how did working with him come about?

"He doesn’t do collaborations. It was just a relationship thing – hanging out, having tea, talking about music and me telling him I worship him like 30,000 times. It was a long process – and I mean down to the minute. He was cutting new vocals in Sardinia just last week. He owns a hotel out there and I felt bad because I was calling him on his holiday. There's a song with Cassius on the record too that I love; it’s a straight-up modern dance record, but it feels human. That is the main thing we want to achieve with our music."

OneRepublic's new single Kids is out now. The album Oh My My follows on October 7.