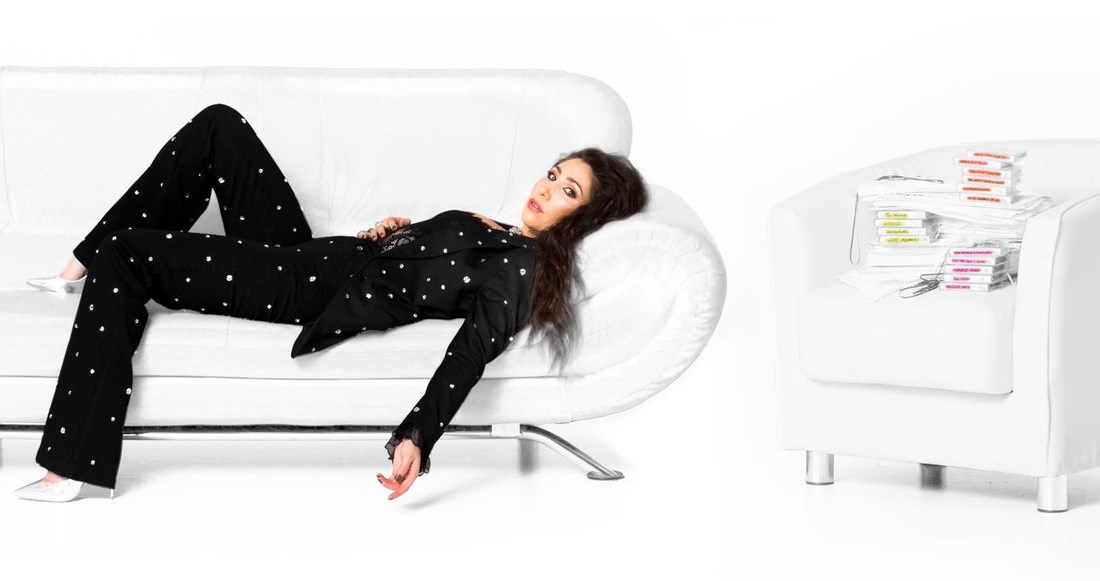 After nearly a decade living in Los Angeles working to the adage that you're only as good as your last hit, RuthAnne is now throwing the conventions of yesteryear to the wayside.

Having penned hit singles like Niall Horan's Slow Hands and Britney Spears' Work Bitch, the Dubliner has scored major success as a songwriter, but each writer is always an artist first and foremost. Not wanting to conform to one career path, RuthAnne is proving she can be both an artist and writer with the release of her debut album Matters of the Heart, out now via The Other Songs.

Detoxing from industry pressure of deadlines and letting in more of her unbridled passion for performing, a now more experienced RuthAnne is in the right frame of mind to put out a body of work of her own. Determination and perseverance has paid off, but she questioned whether that would be possible multiple times during her journey so far.

"This industry is never secure, even for the biggest artists in the world," she tells us. "They say 'you're only as good as your last hit' - I've heard that my whole career. When I was younger, I put a lot of pressure on myself. Was she ever told she wouldn't make it? "All the time. I needed to write more hits because I had to feed myself. Luckily, I'm in a position now where my artist project has been completely out of passion.

MORE: RuthAnne talks working with Niall Horan: "There is truly something magic when we write together"

"There were times living in L.A. when I thought 'I'm too old now', but I think there's room for everybody, no matter what age you are or what you look like. These days, it's the best time to be a songwriter and an artist. When I first started, it was like 'you're a songwriter and you'll never be an artist. Stay in your lane'. Back in the day, it was a case of 'I've spent $2 million on an artist, you [songwriters] are going to get me my money back'. Now, why can't we do it all? Don't put people in boxes. Everybody is breaking the rules."

And despite her experience in writing camps, RuthAnne wanted to be in complete control of her artistic sound and identity. "I was worried having to compete with a lot of songwriters that are also artists," she says, "But we don't just become artists; we always are. We just give different pieces of ourselves in different rooms.

"Whatever a song needs is what we're there to facilitate. I was always an artist, it was just about the right timing. The type of artist that I am, I wanted to completely write the album by myself, I didn't want to be in a room with six other people. It really needed to come from me. I needed to live life."

Back in the summer, RuthAnne's song The Vow was played in full during the final of Love Island. Originally released in March 2018, the moment unexpectedly shone a light on her burgeoning singing career.

"I had no idea [it was happening]," RuthAnne recalls. "We had pitched it for last year's [series] because the songs that I write are all about human relationships and the psychology of how we treat each other. Everyday I was watching it and they didn't use it.

"This year, I wasn't even thinking about it. I was watching the final at my friend's house where I wrote the lyrics for The Vow, funnily enough. You know when something happens so fast? I thought someone was playing it through their phone as it was an important moment on the show. Then my boyfriend screamed and I was like 'is that coming from the TV?!' I ran up to the screen and then I heard my voice. That's when it was confirmed. It was so weird but so amazing because I am obsessed with that show. For it to do so well afterwards meant so much to me."

As a result of The Vow's TV debut, the track reached Number 4 on the Official Homegrown Chart Top 20, the only chart solely featuring artists from the Republic of and Northern Ireland. It was an honour for RuthAnne, but she hopes the industry pulls together more to promote female talent.

"It's definitely a thing that we need to sort out," she said. "I want to be female representation for my country because there's a massive influx of female talent The media, press and radio have a bit of a responsibility to get ears and eyes on talented women like Sorcha Richardson, Orla Gartland, Soulé, Amiée, and they look for these platforms. Love Island for me became that massive platform. So many people messaged me saying 'I love your new single' and I was like 'Well, it's been out for a year, but thanks!

"Originally people said they couldn't play it because it was a ballad, but then Lewis Capaldi having seven weeks at Number 1 proves that people like ballads. It's such a cliche to say we can't play a ballad. Although shout-out to Eoghan McDermott who made it his Track of the Week."

Having worked with emerging artists before being one herself, RuthAnne is well aware of how long it can take to break through, and she's ready to put in the hard graft to make it happen.

"The amount of music there is, the industry is completely saturated," she explained. "So many major acts that have spent years building up their popularity that used to do one album every few years are now releasing a new song once a month. Try cutting through that. Globally, there's probably two artists a year that break through. This year is Lewis Capaldi and Billie Eilish and they've been three years each in the making. Same with Dua the year before. It's taking a lot more time, but what's great about it is these artists are selling tickets and building a fan base, it's just not to a massive audience at first. Some of these people haven't even had a radio crossover hit yet. But once you have it, that's it. Radio used to break records, and now they pick them up once it's already broken."

"The main thing people say to me which is incredibly flattering but also hard is 'why are you not massive yet?'. But it's good for people to understand the inner workings of what's going on. You either have to be really famous before you release music, or you need to be ready to do what I'm doing which is the hard work. You get in the van, you go and sing for whoever will listen. Sing in a pub, sing in a shop. You just do whatever it takes to get your music heard."

RuthAnne's debut album Matters of the Heart is out now.