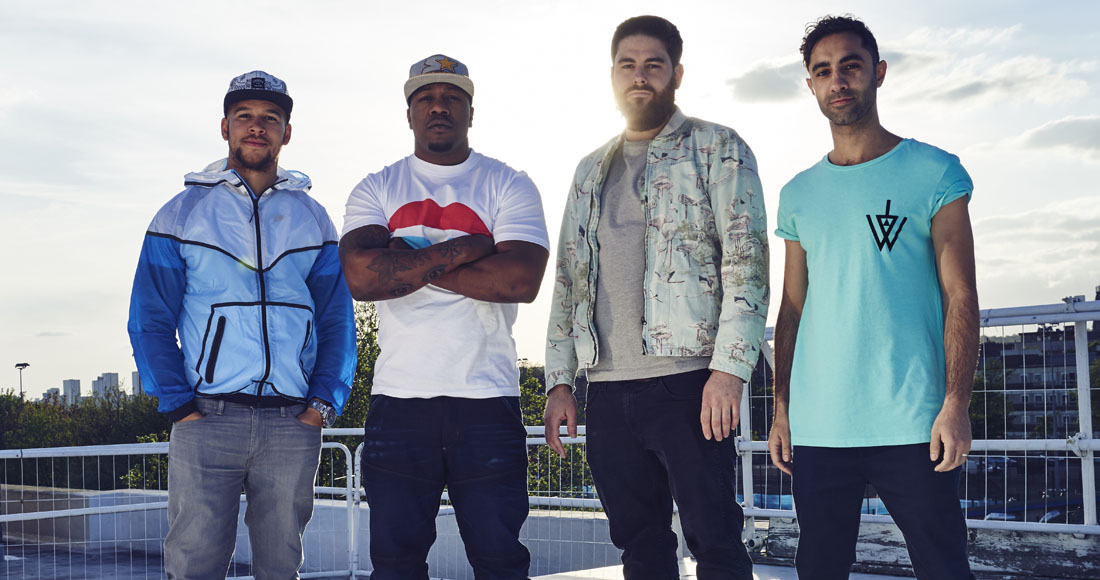 Congratulations to Rudimental, who land straight in at Number 1 on this week’s Official Albums Chart with We The Generation.

The record, which includes collaborations with Ed Sheeran, Bobby Womack and Lianne La Havas, marks the band’s second chart-topper after their 2013 debut Home. Click here to check out their full UK chart history.

"This is mad!" band member Amir Amor told Official Charts. When I think back to some of the seminal bands I’ve always loved, they all had at least two major records. I always dreamed of Rudimental having at least two major records – hopefully it will solidify to the world that we’re serious contenders in the game. We’re not going anywhere - we plan to stick around for a long time.”

Rudimental, who are made up of Amir, Piers Agget, Kesi Dryden and DJ Locksmith, finish with over double the sales of their nearest competitor – fellow collaborator Ed Sheeran leaps from 8 to Number 2 this week with x.

Meanwhile, Jess Glynne’s I Cry When I Laugh lifts from 5 to 3, David Gilmour’s former Number 1 Rattle That Lock is at 4, and this week’s Top 5 is completed by Stafford rockers Editors’, who earn their fifth consecutive Top 10 album with In Dream.

Avicii lands his second Top 10 album today with Stories, new at 9, and Janet Jackson lands at Number 11 with Unbreakable. The record is her first studio album in seven years.

Veteran new wave band Squeeze are set to score their first Top 40 record in 22 years this week with Cradle To The Grave, which enters at Number 12, and British country duo The Shires re-enter the Top 40 with Brave at 16. Earlier this year, the pair became the first UK country act to score a Top 10 album.

US metal band Trivium land at Number 19 with their seventh album Silence In The Snow, Maryland rockers Clutch make their UK Top 40 debut with their 11th album Psychic Warfare at 20, and Irish duo Foster & Allen earn their 21st Top 40 album with Celebration at 30.

Finally, US rock band Eagles Of Death Metal score their first UK Top 40 album with Zipper Down at 32, and Mercury Rev bow at 39 with The Light In You.